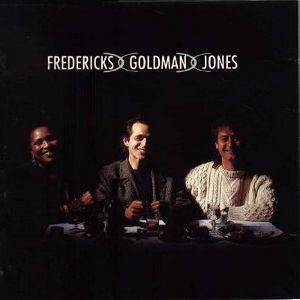 Suffering from the over-exposure he has been getting, Jean-Jacques Goldman someway promoted his guitarist and one of his choir vocal member to the same level as him, creating the band Fredericks Goldman Jones. It was no secret that Jean-Jacques Goldman was the leading member though as he wrote the complete album by himself except Nuit that saw Michael Jones being credited along with him.

Nuit was very precisely the first single of the album. This #6 hit was just the beginning of one more ground breaking era. #2 smash A Nos Actes Manqués, #11 songs Né en 17 à Leidenstadt and C’est Pas d’l’amour, #8 hit Un, Deux, Trois and #12 Tu Manques all kept the LP alive for a full 18 months.

It was clearly very well alive. For 8 weeks including 1990 December month, the album was #1. Then, it retained a Top 5 placing for 32 more weeks. The album first left the Top 10 after a total of 52 weeks. On its side, the run inside the Top 20 lasted 74 weeks. Just like that, Jean-Jacques Goldman destroyed charts one more time.

Logically, a live set followed that successful era. Released at the end of 1992, the album titled Sur Scène stole the #1 spot of Christmas week. Selling half a million units by the end of its run, the record was one more smash for the artist.