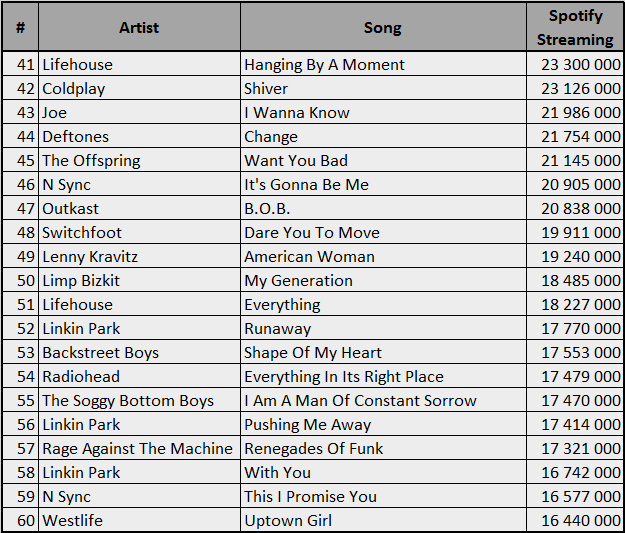 A pair of Lifehouse and N Sync hits plus a few well known songs including Uptown Girl and Shiver, this part surprisingly includes less cult songs than previous ones. As the list goes on, you will be noticing more and more than the most aired tracks back in the day are not necessarily the most streamed ones nowadays.

Between, Linkin Park put three more songs there, a total of six already from #41 to #100. Guess what? Although figures are now seriously taking off at 23 million streams, we still haven’t met the four singles of Hybrid Theory album.