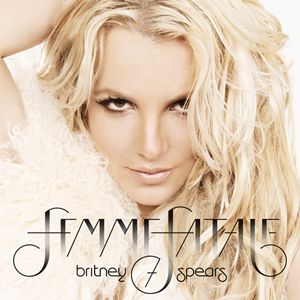 During all her career, Britney Spears released two kind of songs. First, she started with catchy pop hits, then she moved to clubbing songs. Both kind of songs have been successful overall in the Singles Chart, but clubbing songs are way weaker as far as album support is concerned. Her return to catchy songs a la Womanizer was very well received, the same can’t be said about her new clubbing songs included on Femme Fatale.

First single Hold It Against Me bombed at #31, the second Till The World Ends was much bigger at #8 with a long run, the third I Wanna Go was a big #5 hit, the fourth Criminal went #13. This is the Singles side, as the album Femme Fatale debuted at #4 only and after two weeks left definitely the Top 25 despite the April release date, way more favorable to remain high on charts. The album did held decently well all year long thanks to the heavy amount of airplay the singer received – #7 most aired artist of the year – but sales were up to only 75,000 units after more than nine months of promotion, by far the lowest amount of an artist inside the Top 10 most aired acts.