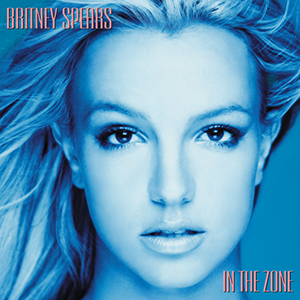 A duet with Madonna may seem a good idea to start a new promotional campaign. It resulted as a very good decision in the end.

The song, Me Against The Music, was used as the lead single of Britney Spears fourth album, November 2003 set In The Zone. The #11 peak wasn’t that bad but it was reached mostly due to the duet hype, after which the song went down and down. Once the album was released, it went straight at #1 thanks to the artist fan base but by week two In The Zone was down to #11 and to #21 on its third week highlighting the very little support got from the single.

If the decision to use this song as the lead single due to the famous collaboration was bad it’s because the album definitely had radio friendly material. In fact, both subsequent singles Toxic (#3) and Everytime (#2) were the American superstar biggest hits since 1999. The problem is that the album had already the image of a flop at that point – down to #76 by January before Toxic release -, which is very different to change. The low sales from January to August also prevented the album from sales as well as it should have done considering those successes. Had Toxic or Everytime been released as the lead single during the Christmas season, this album would have no doubt sold more copies by now. Still, with some 125,000 units sold in each 2003 and 2004, the album final sales were nothing to be ashamed of.

In late 2004, a first career compilation was released, Greatest Hits: My Prerogative. A #1 in Compilation front, this record sold over 160,000 units in its nine weeks of sales during 2004, plus 40,000 copies in 2005 as new songs used as singles failed to support this package.

As the artist was struggling with personal issues, her label Jive continued to exploit her catalog by releasing B In The Mix – The Remixes for 2005 fall. The set peaked at #32 in the compilation chart and sold 15,000 units.