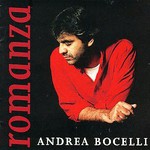 It is tough to reach such a milestone with a foreign language album. Out of the five records which did it, three are projects from French artists by both Era and Manu Chao. Remaining albums by Andrea Bocelli and Laura Pausini are both Italian albums. One interesting point is that all those albums got released within’ four years during the all-time peak of the market, proving how nearly impossible it is to sell 1 million of such a release without highly favorable conditions.

Where is “Femmes D’Aujourd’hui” by Jeanne Mas ? 🙁

Hello! Well, Femmes D’Aujourd’hui is one of those albums that came very close to the million mark but missed it – in France as once Belgium and Switzerland sales added it just get there. This album had the disadvantage to be big in 1986 / first half of 1987 while the market exploded just a few months later thanks to legislation change that saw taxes (TVA) on records be largely reduced. Plus, the very low catalog appeal of the album prevented it from ultimately breaking the mark as there have been very low numbers of LP to CD replacement for… Read more »

Thanks, you are kind!