Considering everything which happened afterwards, the result of 1983 is some kind of an upset. Madonna‘s career is way bigger than Cyndi Lauper‘s one so we can expect the same from their respective debuts, both from 1983. The former’s eponymous LP did very well indeed. The Holiday star was overshadowed by her then rival though.

Lauper and her album She’s So Unusual are perfect to start this article. In fact, its lead single is a true flagship of the feminist movement, Girls Just Want to Have Fun. It was a smash hit in all continents, with one song only the diva managed to break over tough regions like South America and Asia. The song peaked at #2 in the US. The following single did even better, Time After Time was #1 for 2 weeks. All Through the Night and She Bop were both Top 5 hits too. Together, singles from this album sold over 6 million units Worldwide.

Naturally, the album did wonders. It sold over 6 million units in the US and nearly as much abroad. True all-time classics, the first two songs continue to be widely popular, both selling several millions of downloads since the existence of iTunes. She’s So Unusual is also a streaming beast: 283 million streams on Spotify led by Girls Just Want to Have Fun at 162 million and Time After Time at 106 million.

Along with True Colors, songs from She’s So Unusual were the main tractions (82% of its appeal) of the 6-million selling compilation 12 Deadly Cyns. All formats together combine for nearly 20 million equivalent album sales for this era, a tiny but key million ahead of her runner up… 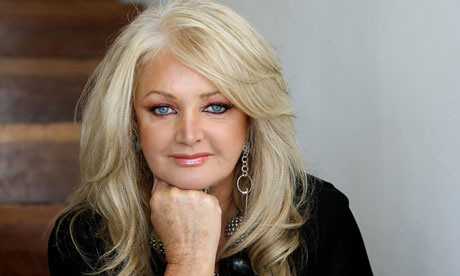 In all fairness, Madonna‘s eponymous debut was destroyed by She’s So Unusual during their respective promotional campaign. Lucky Star peaked at #4 in the US and #6 in the UK. Borderline was the only other Top 10 from this era, peaking at #10 in the US. The album went to #8 in the US and #37 in the UK. Then, the ground breaking success of her subsequent releases fueled catalog sales of Madonna. The hype was so big that singles from this debut album were reissued, both Holiday and Lucky Star ultimately hitting #2 in the UK, while the LP got as high as #6 in September 1985.

To date, the album sold over 9,6 million units while its physical singles shifted nearly 4 million records. If its digital performances are unimpressive, the album has contributed greatly to the success of the compilation The Immaculate Collection, plus all remaining best of, live albums and music videos issued by Madonna during her illustrious career. These contributions account for 7,3 million units to push the album’s total to 18,5 million units overall.

The year 1983 was also Bonnie Tyler‘s career peak. Her album Faster Than the Speed of Night sold well over 2 million copies thanks to the monster hit Total Eclipse of Your Heart. It topped charts of all English-speaking countries with an official ranking, the US, the UK, Canada, Australia, Ireland, New-Zealand and South Africa. The song has more than 146 million streams on Spotify, but most of its appeal was transferred into Best of 80s-type of multi-artists compilations rather than on proper Tyler‘s records.

What’s New by Linda Ronstadt and Yentl by Barbra Streisand did very well too, but the standards raised by Lauper and Madonna were just too high.

Two female voices heard a lot that year were those of Annie Lennox and Irene Cara. They smashed charts and sold tons of records on the back of their respective hits Sweet Dreams and Flashdance… What A Feeling although none of them did so as solo female artists.