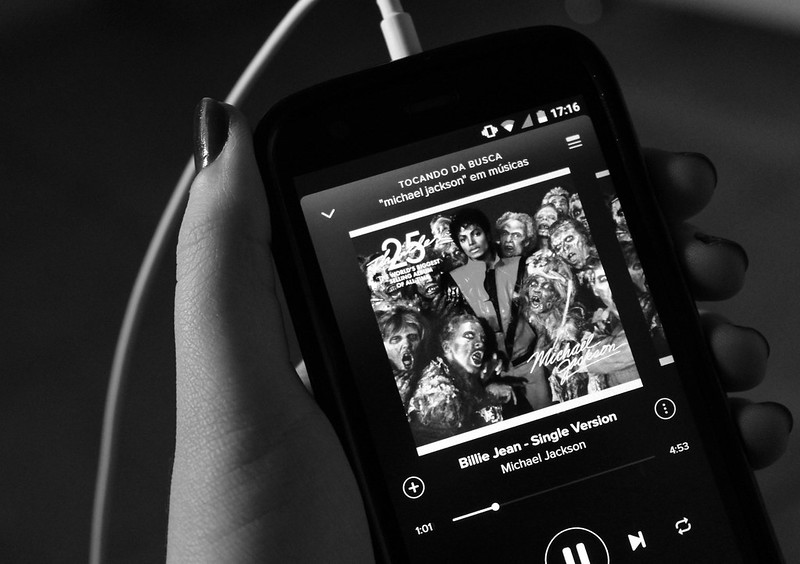 For the second time, the main news isn’t related to the superstar from Indiana but to a change of rules by the RIAA. I myself covered this fundamental update, with the inclusion of streaming and singles downloads into the album’s certifications from February 1, 2016.

Labels were given the choice to assign sales and streams of songs on the package they wanted. For example, sales of Billie Jean could have been assigned to Thriller, to Number Ones or to The Essential etc… you get the idea. Epic hasn’t thought twice and from the first day of the rule change Thriller was updated.

Up to that date, the 9 Thriller tracks had been downloaded the incredible combined total of 13 million times in the US. The title track alone was over 4 million, Billie Jean over 3 million, Beat It well over 2 million and both P.Y.T. and Wanna Be Startin’ Somethin’ were past 1 million – even Human Nature was eligible for Gold as a stand-alone digital single. Those sales are worth 1,3 million equivalent album sales as per the new RIAA rules. Then there is also streams. The Thriller video alone was watched 192 million times since September 2014 to date in the US, which is worth 128,000 equivalent album sales. Add in all pre-2014 views, other songs and audio streams as well, the addition of 2 platinum discs was indeed easily achieved.

This was so easily achieved that only one year later a new award arrived:

Major audit? Well, not exactly. The catalog of Michael Jackson is full of songs that performed incredibly well in the digital age. If we check all download sales, Spotify and YouTube streams of his albums, we have the below estimated results for the US (EAS = Equivalent Album Sales):

We need to also factor in proper album sales achieved since the last award. For example, Dangerous scanned over 700,000 units, with 740,000 EAS coming from digital results, an 8th Platinum award is undoubtedly overdue. Off The Wall faces exactly the same situation with 1,7 million since its last date-specific award in 1995 and plenty of EAS units. As a double album with 3,7 million shipped – 200,000 units since its last award, History needs only 300,000 EAS to be eligible. In other words, all those albums were eligible for one more platinum award by February 2017.

The fact that only Thriller and Bad were awarded, the two that sold in the millions with EAS only, tells us one thing – Epic hasn’t audited the pure album sales of those albums, they only added the newly eligible digital sales. This is also visible with Bad‘s award. Thanks to all the previous certifications studied, we know the album, without EAS, has shipped over 9,8 million units to date – over 8 million by 1994, scanned over 1,75 million since, plus a few sales via clubs in that same period. With as many as 1,8 million EAS, it is eligible for 11xP. Instead of 9,8m + 1,8m, Epic only added 1,8 million to 9xP, resulting in a 10xP award.

This situation is confirmed also by the absence of certifications for both Number Ones and The Essential. They sold respectively 5,38 million and 2,62 million which make them both eligible for 5xP while they remain at 4xP and 3xP respectively.

We saw that in recent years that Epic has been working by batches for audit purpose. They did a large one in 2009, one more in 2013 and the next one should be coming relatively soon – at the latest most likely in June 2019 for the 10th anniversary of his passing. The below table lists every form of information that has been identified during this article, and what we can expect from this upcoming audit!

From now on, you will be able to avoid various traps hidden behind certifications. Was it date-specific?, which sales were audited?, which albums are still active?, were multi-disc albums considered?, how many copies remain unsold?, where do Soundscan sales stand by now and by the last award?, and when were club sales achieved? and so forth. All those questions should be raised each and every time you try to identify up to date sales of an album.

As usual, I hope you enjoyed reading this article! Feel free to ask questions through the comment section if something remains unclear!