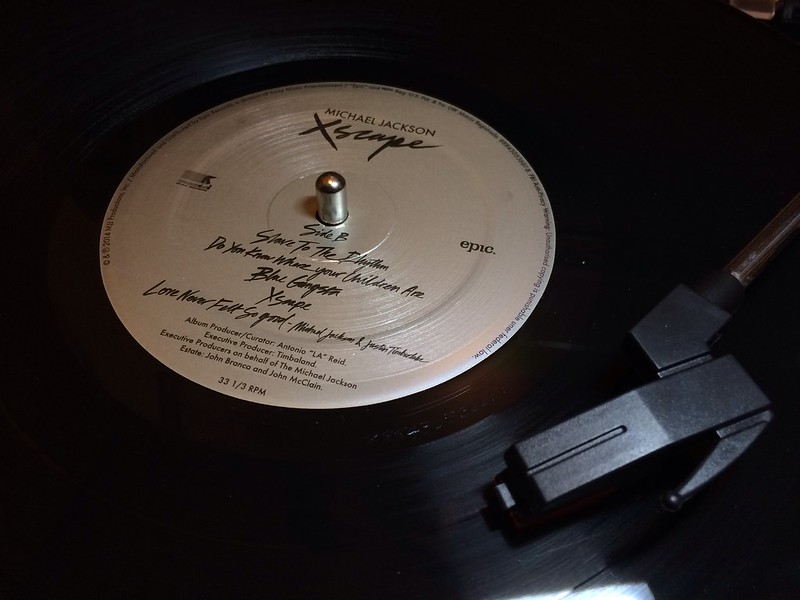 Years and years after becoming eligible, Epic finally audited Jackson‘s catalog again in May 2013 to conclude on the following certifications.

Ironically, except the Platinum award of The Ultimate Collection, all those certifications were over-due since the end of 2009. By May 2013 Number Ones was over 4,9 million, nearly on 5xP. The Essential was even already over 2 million, enough for 4xP. Greatest Hits HIStory Volume 1 was over 1,2 million and Bad had scanned 1,4 million units since its 8th award.

The likes of Dangerous, HIStory, Invincible were still some what short of further certification marks to be updated. All in all, this audit from 2013 brings virtually no information, except that post-2003 albums really sold nothing via music clubs.

In August 2013 Motown randomly certified Michael‘s first solo album, Got To Be There. I’ll ignore that Gold plaque as it has nothing to do with Epic.

One more stand-alone certification was the one of Xscape.

The album scanned 459,000 units during 2014 so it isn’t surprising to see it at Gold status. Especially when it sold additional copies bundled with the Cirque du Soleil show, including 9,000 units in its first week, without having them counted into its Soundscan tally. We can expect from 25,000 to 50,000 copies sold the same way.

We can notice that Thriller wasn’t updated in 2013. It has been kept very well updated ever since the 90s, so we can only believe it wasn’t eligible for an update. In fact, it scanned 900,000 units from August 2009 to May 2013 and shipped a bit less due to the huge shipments that occurred after Jackson‘s death. His catalog received no new award for the remainder of 2013 nor during the year of 2014. One new award however arrived in 2015:

Here it is! More than 31 years after hitting the mind-blowing milestone of 20 million, Thriller jumps to over 30 million. This award was slightly late still. The album sold near 1,3 million units since its last certification, but we can’t use this fact as by August 2009 plenty of copies were still on store shelves. We need to use the previous awards, which were all date-specific, to see what happened since:

We can see that Thriller sold 3,2 million units since reaching 27 million. By 2005 it wasn’t shipping much as it was a low period of activity musically for Jackson along with the trial. Conservatively, Thriller was up to 30,15 million by December 2015.