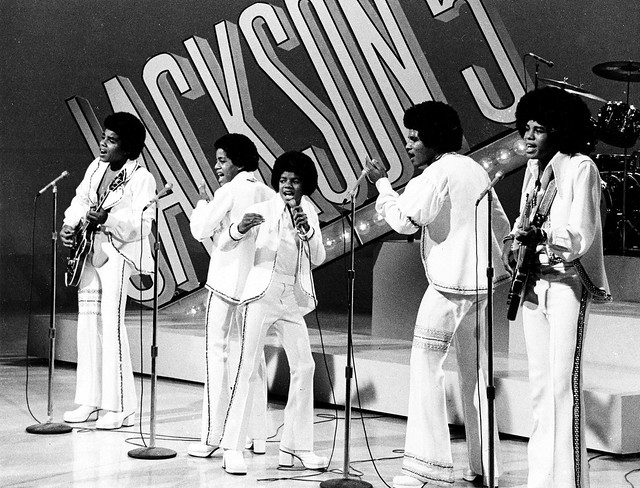 If you are a chart freak surely you wished you could convert all the chart runs of your favorite artists into retail sales. Well, from now on you can consider that it is possible to do so!

How many albums have the Jackson 5 sold in the US? For more than 45 years this question had no satisfactory answer. Until 1980 their famous music label, Motown, wasn’t affiliated to the RIAA. It means none of their albums were certified with Gold or Platinum awards. Nielsen Soundscan, the body which tracks retail sales, started to operate from 1991 only. The few Music Clubs sales available start in 1989. To make the complete picture even worse, newspapers extensively confused dollars grossed with units sold until 1975.

During the next pages we will go through all the needed details to understand perfectly that context and learn how to handle it. For long I have been using powerful calculations in order to fill the holes when information is missing. It is time to explain everything to you, providing the tool in full to give yourself the ability to know a realistic and precise figure of sales from each album which ever charted inside the Billboard Top 200.

The article will start by building piece by piece the aforementioned tool with all facts behind all figures. Then, we will be applying it to various acts from the early 70s to the late 80s. This will include the Jackson 5, Earth, Wind & Fire, the Osmonds, the Partridge Family, Cher, Bob Dylan, Earth Wind & Fire, Teddy Pendergrass, Kool & The Gang and the Commodores.

Not satisfied with estimating every album that ever charted, we will also reveal the flaws that impacted the Billboard Album Chart ever since its introduction. In this article we will see with acts such as Sting, INXS and Alabama, how some acts were hugely inflated by their ranking while others were ridiculously deflated. In this article we won’t just state this, we will also prove it.

Sound promising? Wait until you’ve read it all!

Hi MJD, sorry to ask again but do you have digital singles sales data for 2008 and 2009 for all markets in Europe and oceania?

It would take too much time and the presentation would be messy to post all that data through a comment only. I’ll write an article with tables for markets year by year since 2005, that will be easier!

BTW, no IFPI report leaked in recent years so we have to go with local organizations for that, e.g. going to RIAA, BPI, SNEP, FIMI, etc. They all published their yearly summary recently!

Oh and one last thing while I’m at it, can I get digital singles sales for 2005 for these countries,
Australia
Austria
Belgium
France
Germany
Ireland
Italy
Netherlands
New Zealand
Norway
Spain
Sweden
Switzerland
United Kingdom
Sorry to bother you with all these questions, ive just been wanting to do these analysis myself for years now, I found hardly any data on anything in the music industry since everything is locked up pretty much, so yeah hopefully that’s the last thing I need to ask on here for a while lol

Hi Cameron! Before detailing figures I must point out that digital sales can’t really be converted from runs. First, they are much more linear, they do not depend on the few singles available on shelves so a #60 may sold about the same as the #100. Also, they continue forever so the bulk of the sales of a song may happen entirely off the radar! It is even truer for 2005 as sales were just getting started. This being said, number of downloads sold in 2005: Australia – 2m Austria – 0,6m Belgium – 1m France – 2,7m Germany –… Read more »

Great! ive already weighted singles before with the Xmas Factor but I still haven’t quite grasped the concept on what number to exactly to weight physical singles sales, I know its not 3 like the album equivalent unit but it depends on the market size per year ive gone as high as 119 for 1999, so just wondering is there a specific type of formula to use when it comes to physical singles sales? if so could you please tell me?

Thanks MJD Sorry I kept on bugging I really appreciate it 😄but I did notice that the formula for album sales definetly did not work for singles sales, just wondering when are you going to make an article on understanding singles sales? Could you maybe tell me how much to weight physical Singles Sales in your formula, so the data will come out correctly, sorry this is the last time I’ll post a comment on here

You are welcome Cameron! No doubt, this can be done 😉

Sorry to keep on posting so much but I can’t find any data on Canadian, New Zealand, or Australian Album Sales at all, I’ve figured out the rest of the countries even though I’m unsure of their exact numbers or by how much to increase in the 20-30 range but MJD if you can can you list the album sales data for 1988 or those countries whenever you get time please

Album Sales:
Canada
Australia
Netherlands
New Zealand
Norway
Switzerland
If you can provide data for the rest of these countries that would be amazing

Here is some data.

Oh and sorry to ask so many questions but this formula does it work for the same as physical singles sales? if so can you also list singles sales from 1988 as well please, and where would you find 1990 data I’m looking right now but ive had no luck is there any specific place I would find them? if so that would be really helpful

Hey MJD Sorry to ask so late on here, but where did you find year end international album sales figures from the 80s? I cant find anything at all, specifically I need 1988 year end data, if you can, could you post an article on here simply listing all markets album sales for 1988, I’m trying to calculate album sales for an artist myself but I haven’t found any data figures anywhere, please help

I meant Southeast Asia, fictive group of countries used by companies which contains the Asian countries opened to mondialization. Billboard often uses the naming convention. It contains the following 8 countries:

These countries are the only ones on which international albums used to be released unlike markets like India or China.

Thank you so much MJD! But i think you left out Australia do you have data from 1988 on that country as well?

Hey MJD. Can I ask you something? You mention that before the soundscan era, black(R&B) retailers weren’t really covered to the same extent as rock and pop on the BB200. The RIAA situation reminds me of the new edition album certifications but unlike kool and the gang and teddy pandergrass their certifications came years after they reached those sales. Here is a picture of them where their self-titled album new edition is double platinum in 1985 already but on the RIAA site it was only certified 2X PLAT. in 1995 https://www.instagram.com/p/BW4CdtAha4G/?taken-by=neluvforever_nikkiriv Some people say the N.E Heartbreak album sold 3-4… Read more »

Hi Lunga! Please find below the calculations of US sales for New Edition 80s albums: Candy Girl 252,000 New Edition 1,863,000 All For Love 993,000 Under The Blue Moon 365,000 Heart Break 2,126,000 As shown on previous examples, Billboard charts used to represent roughly 80% of sales for Black music artists. As for their RIAA history: – they never had a major audit as shown by the absence of mass updates of various albums together – All For Love and Under The Blue Moon reached their awards relatively easily in spite of calculated sales under their criteria which evidences the… Read more »

Hey MJD. Thanks for your insight. They were a big touring group and most artists don’t make the bulk of their money from record sales but rather ticket sales unless they like prince and do most of the writing and producing or mariah who has songwriting and production credits on her biggest hits so maybe that’s why they didn’t care to do a proper audit of their album sales. You should do an article on how royalties work and publishing rights and income. I know the media claims Beyonce has $500 million but her best-selling album took 12 years to… Read more »

Hi Lunga! While Forbes-like figures have their interest, I tend to let them out while judging the popularity of music artists. You will get people like Puff Daddy who’s richer than almost every singer on Earth only thanks to business skills rather than thanks to his music, in a similar way to Floyd Mayweather who grosses way more than any other boxer because he is his own promoter. Beyoncé is a striking example – her main source of revenue so far has been her marriage with Jay-Z, himself immensely rich thanks to several well-powered businesses more than his records sales.… Read more »