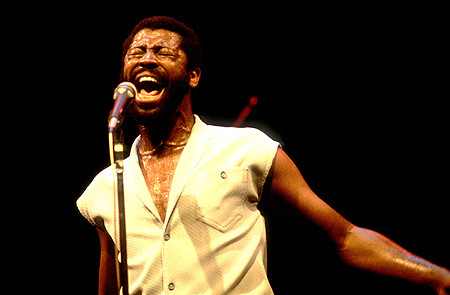 The interest behind Teddy Pendergrass and Kool & the Gang is to study acts that were strong performers on the R&B charts. We are tempted to believe that R&B retailers were already included into the Top Album chart, which is why the data was also available to build the themed-ranking.

In reality, while some black-music retailers were a part of the Billboard panel, they were less covered than the main retailers which sold pop and rock music. More on this later.

This fact is visible with those two artists. One album over-shipped happens, the case of Teddy Pendergrass is intriguing. All of his albums were way below the mark when certified. He isn’t a big name and he never had a big hit single. His biggest peaked at #25. That single went Gold for 1 million copies shipped though. What was going on there? Quite simply, we are seeing the example of a pure black-music artist, who never crossed over to the main pop scene. As a result, his proportion of sales is distorted, concluding on Billboard rankings deflating his real popularity. At least 20% should be added to all of his figures.

This situation seems less obvious with Kool & the Gang. As their albums largely outsold their certifications, it seems rather normal. If we focus on awards dates though, we notice the same issue. Their first album topped half a million sales after more than a year, while it was certified after 7 months during a slow time for shipments. The platinum albums charted for 10-16 months to clear 1 million with ease, but they were all way under the mark when the awards arrived. It was too early to explain it only with optimistic shipments, especially given it happened with 8 albums in a row. As they did cross over a bit more in the 70s – and even more from 1980 – the gap is lower than that of Teddy Pendergrass.