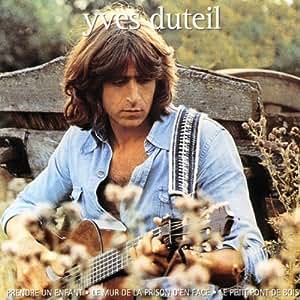 French public is very, very loyal to his local heroes, hardly ever forgetting Variété Française legends. Someway, they forgot about Yves Duteil along the road. He went from selling over 1 million units during late 70s of Tarentelle, to half a million of Mélancolie follow up, then to average 200,000 copies per album of all his new releases until 1990. Not an A-List artist anymore at that point, nevertheless the artist was retaining a solid popularity. The success suddenly left him after 1990, barely making the Top 50 weekly charts with next two albums. During the last 20 years, the best performing of his four studio albums peaked at an awful #74 position. His last compilation to enter charts did so for a few weeks only in 2011, peaking at #98. Only the classic status of Tarentelle saves it a bit, at times going up to Amazon.fr Top 5,000, although he usually ranks around the Top 20,000.