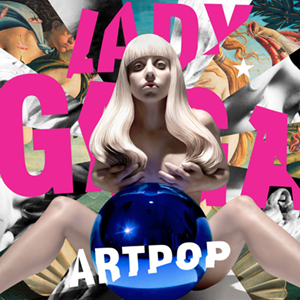 Coming out in November 2013, Lady Gaga third album Artpop reproduced the same schema as Born This Way on a lower scale. Heavily axing the promotion campaign around the release date, the album quickly registered four Top 10 singles. If the performance looks outstanding, they were buzz singles (Dope #8, Venus #9) that created hype but no help to the album, one single that peaked three months before the album release – #3 peaking Applause – and Do What You Want (#8) which only had one week inside the Top 10.

As a result, the album debuted OK-ish at #3 with 23,000 sales before plummeting to #28 with 5,000 copies sold on its second week. Subsequent singles failed to attract new buyers as only G.U.Y. charted with an awful #92 peak. Six months after its release the album was completely dead managing a mere three weeks Top 50 and eight weeks Top 100. Sales-wise, it climbed to 50,000 copies sold, this time barely twice the debut week and a far cry from The Fame Monster since it sold less than 8% of its total to date.