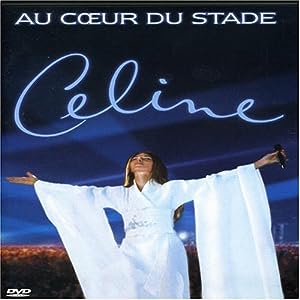 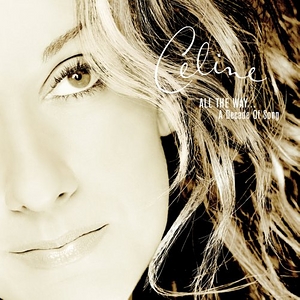 In August 1998, Let’s Talk About Love dropped from the Top 20 after many months just because S’Il Suffisait D’Aimer was released and took the focus of promotion lights. Exactly one year later, in August 1999, S’Il Suffisait D’Aimer dropped from the Top 20 for the first time too only because new live album Au Coeur Du Stade was released. This package went #1 for two weeks, selling 370,000 copies by the end of the year. We will come back to this album later since it has a very interesting track list.

Only a couple of months later, one more record was issued, Celine Dion first English language compilation All The Way… A Decade Of Song. The album was nine weeks #1 in the Compilation chart including the entire Christmas season with the support of That’s The Way It Is exclusive single. In just six weeks, it was the #1 selling compilation of the year. Impressively, it topped Barry White Ultimate Collection that was charted for 10 months including 24 weeks Top 10, 3 weeks #1 and runner up to All The Way during December.  Celine Dion compilation sold just as much as S’Il Suffisait D’Aimer in 1999 at 550,000 units.

Her three main albums for the year plus Let’s Talk About Love and D’Eux sold a combined 1,6 million copies during 1999. If selling 2 million albums in one year was nearly impossible before Celine Dion, the Canadian superstar made fun of everyone else results by shifting an average of more than 2,1 million albums per year from 1995 to 1999, getting close to 11 million albums sold in the period. To give some meaning to this figure, the best selling artist in the US from 1991 to 2015, a span of 25 years, sold 70 million albums according to Soundscan – weighting Celine Dion 5 years sales in France as per US/France market size of 1995-9 period gives us an equivalent figure of 93 million albums sold in the US. When you read that she was utterly massive in France during that era, it is no joke.

From 2000 the golden years of the artist were over but a bad year for year was still a year with two #1 albums. In fact, 2000 year started with All The Way… at #1 of the Compilation Chart and by November a new compilation Tout En Amour – The Collector’s Series Vol. 1 went #1 as well. This package was a strange patchwork of huge French hits, rarities plus English hits that failed to make All The Way tracklist. Both greatest hits sets were respectively #14 and #17 in year end Compilation chart with 180,000 and 155,000 units sold. In 2000/2001, several minor packages of Celine Dion early French songs came out, including Early Singles and Les Indispensables. Overall those two years were very soft as the artist was  stepping back from the music scene while giving birth to her first child. Her catalog was still enjoying great results yet as despite all compilations around all four albums D’Eux, S’Il Suffisait D’Aimer, Live A Paris and Au Coeur Du Stade charted in the Top 150 album chart during 2001. They all charted in the album chart / the catalog chart during 2002 too. Even during her hiatus Celine Dion was still getting new hits as her duet with Garou fellow Canadian singer Sous Le Vent was three weeks #1 in 2001.