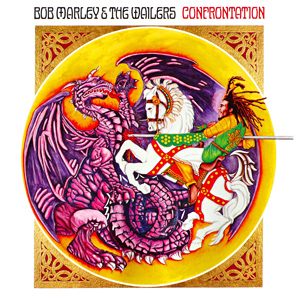 A couple of years after Bob Marley death, Island released a new album from various unreleased material, completing the Survival / Uprising / Confrontation trilogy the artist aimed to do while alive.

As it is often the case with such post-death cash-ins, the album was largely criticized as tracks were arranged by the label producers, rather than Bob Marley himself, without his validation for obvious reasons. This frustration created on fans hasn’t stop one of the album tracks to become a massive hit as Buffalo Soldier remains one of his most remembered songs.