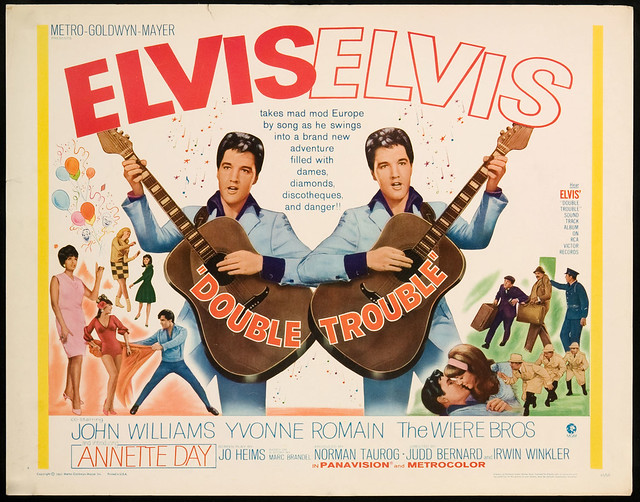 The obsession with the number of LPs and CDs released by Presley ends up making us miss the real point. There isn’t one Elvis Presley but six. That’s the most important highlight we can extract from his catalog.

A casual buyer interested in Michael Jackson will be more than satisfied with the purchase of The Essential. This package contains 40 tracks worth a massive 79% of streams from the back catalog of Jackson, the Jackson 5 and the Jacksons combined. Similarly, the purchase of Greatest Hits 1970-2002 provides you 75% of the worth of Elton John‘s catalog. Devil’s Got a New Disguise contains 80% of the attractiveness from Aerosmith‘s discography.

There is hundreds of examples, to make it short all artists which debuted in late 60s or later will have one career-spanning compilation which cannibalize their entire back catalog. We saw that the Beatles have two distinct discographies running in parallel. The hits, issued as stand-alone singles during the 60s and exploited through various compilations, and their studio albums. That double catalog enables for original albums to stay alive in spite of new best of releases, partially explaining why they are so far away from remaining acts in terms of cumulative sales.

With Elvis Presley, we aren’t looking at 2 but at 6 catalogs. I already mentioned his gospel works. They were 3 albums that got repackaged many times ever since 1977. Then, of course, there is his Christmas records. Just like the Beatles, his big hits were stand-alone singles as it was the norm during the 50s. Out of the 31 songs on his large selling compilation 30 #1 Hits, as many as 23 weren’t issued along with a studio album or a movie soundtrack. Speaking about them, they represent two more segments of his catalogs: studio LPs and Films songs. They, too, have been the subject of various themed compilations. A last set of recordings of specific nature for Presley giving his tremendous reputation is his live outputs. His biggest one is arguably Aloha from Hawaii Via Satellite. Its CD contains 29 songs, among which only 5 are in common with 30 #1 Hits. Among them, the version of Hound Dog is shortened to a mere 55 seconds.

In concrete words, these catalogs are exploited on their own, with very few dependencies between them. The purchase of a Christmas or a Gospel album of Presley won’t negatively impact his catalog sales for the remaining titles and so on.

On top of these 6 living catalogs, there is also collectors. An awful lot of them came out during the last 40 years. This one is limited to 500 copies, but you can find hundreds of similar packages with ease. While they may share similar tracklists than popular compilations, they are explicitly targeting fans who collect his records rather than the general public, so they don’t cannibalize sales of remaining CDs either.

Some Presleys are bigger than others

From a catalog completely impossible to analyze, made of thousands of records, we are down to 6 living discographies. That’s a much clearer view for sure. We also know the Heatmap of Presley over the globe. However, I’m now telling you that there isn’t one but several artists behind his name. How does it impact our perception of his success?

His studio albums for example sold a lot in the US, but very few elsewhere because the recording industry was nowhere near global at the time. The movie industry was already more developed, so his soundtracks used to sell a bit better abroad. It’s still mostly after 1977 that his sales took off globally, mostly on the back of compilations. We can easily understand that depending on the market, the popularity of each of his catalogs will differ.

Let’s use the example of his Christmas recordings. They are obviously massive sellers in the US. Their cumulative RIAA tally is up to an absurd 24,5 million units sold. We are left wondering if they are as strong elsewhere, especially knowing that various markets aren’t very keen with Christmas releases.

This table paints an overview of the performance of Presley‘s Christmas songs on YouTube from December 10th, 2017 to December 25th, 2017. It’s where they ranked among his personal Top 20 in the US, Canada, Sweden, the UK, Germany, France, Japan, Indonesia, the Philippines, Brazil and Mexico. The score is a simple reverse scoring system, assigning 20 points for a 1st place, 19 points for #2, …, 1 point for #20.

This very quick exercise lets no doubt at all: his Christmas recordings are way more popular in the US and Canada than abroad. The most Christmassy European countries like Sweden do activate the Xmas mode, but at a lower scale than in the US. In countries like the UK and Germany, Christmas material do well too but they are more focused over a limited amount of songs, thus the effect is visible on streams but not so much in album sales. Then most remaining places have little interest in the Xmas Presley. The most striking example is Mexico where even at Christmas, only one holiday song appears among his Top 20, accounting for a mere 1 every 30 views.

We noticed on our heatmap that the rock icon performed fairly well in Brazil, his 10th best performing market relatively speaking in comparison to the remaining monster sellers. Thus, his weak results with his Christmas records also mean that his hits are even stronger than first anticipated. In short, each catalog of Presley has a specific popularity level in each market. The good news is that we have tools to perfectly value that.

I hope this article has helped you solve the puzzle of Presley‘s discography. Rather than thinking about thousands of mysterious records, you should now be able to draw a clear picture of his catalog and its 6 segments. If the thousands of releases are irrelevant, it’s maybe even more deserving to generate interest with so many different materials. On top of that, we also understood that while Elvis is a household name almost everywhere, it’s not the same albums that will perform the best depending on the market. From now on, we can starting putting figures in front of his albums!