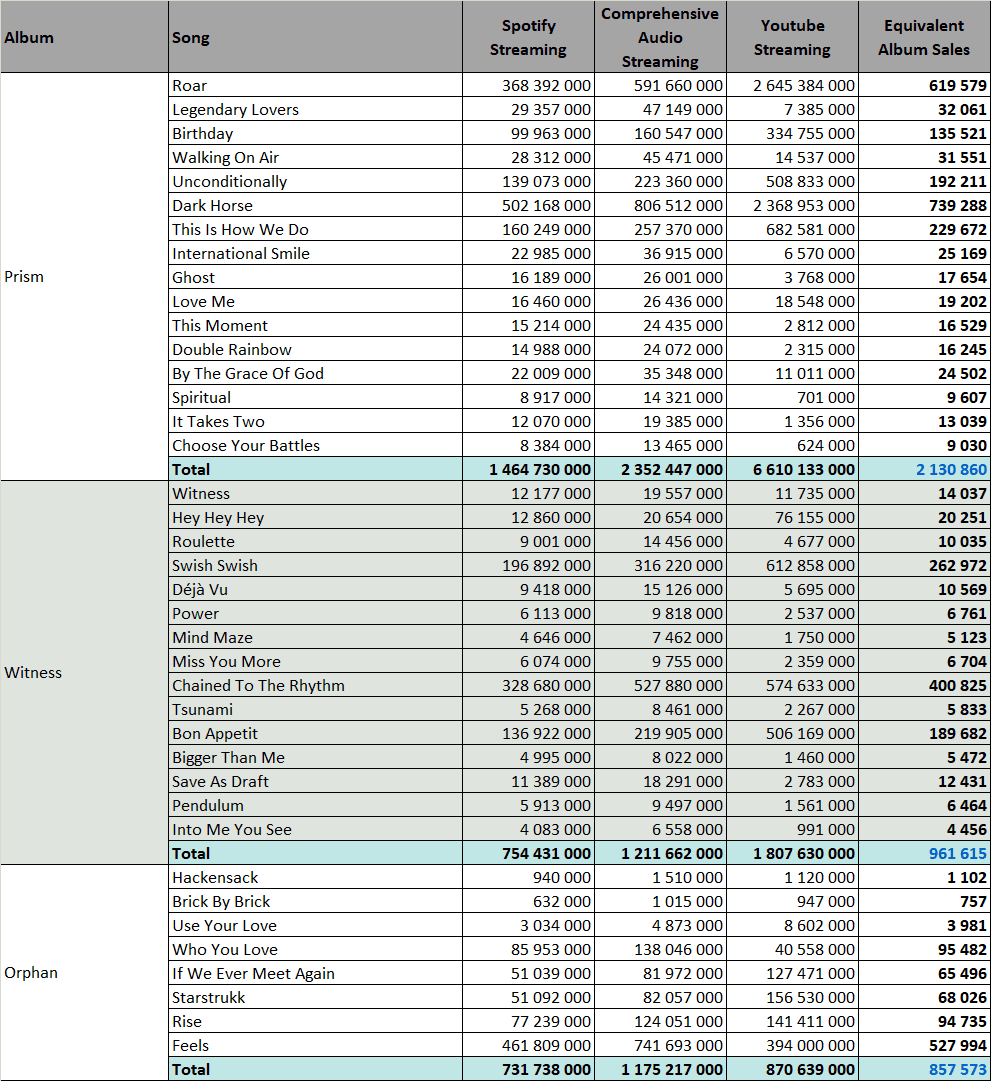 Prism hasn’t got as many singles as Teenage Dream, but Roar and Dark Horse are more than enough to conclude on mind-blowing totals. They add for a ridiculous 5 billion views on YouTube while granting respectively 368 million and 502 million streams on Spotify. Dark Horse is the 9th song from 2013 over the 500 million mark.

The streaming market has got so big lately that numbers of Witness do not impress. They aren’t as bad as expected though. With 754 million Spotify streams combined and 1,8 billion YouTube views, it is closing in on 1 million equivalent album sales.

Perry‘s biggest hit from 2017 isn’t from this album yet as it is her collaboration on Calvin Harris‘ smash single Feels which has generated over half a million equivalent album sales from streams.