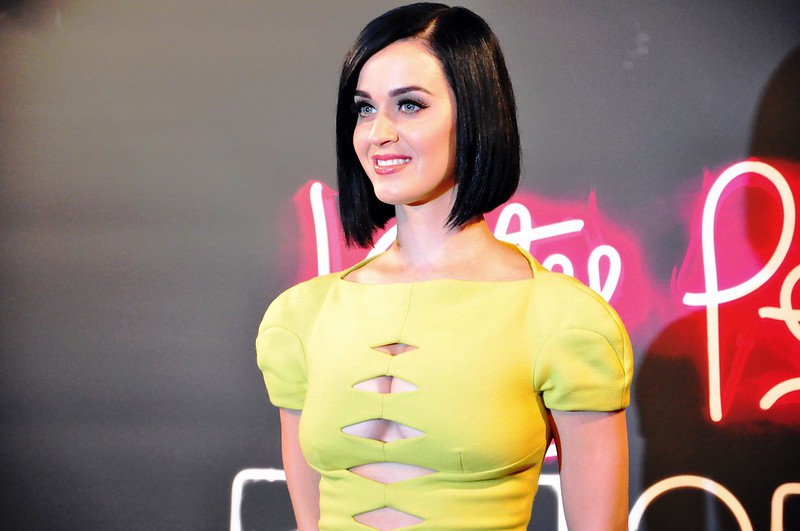 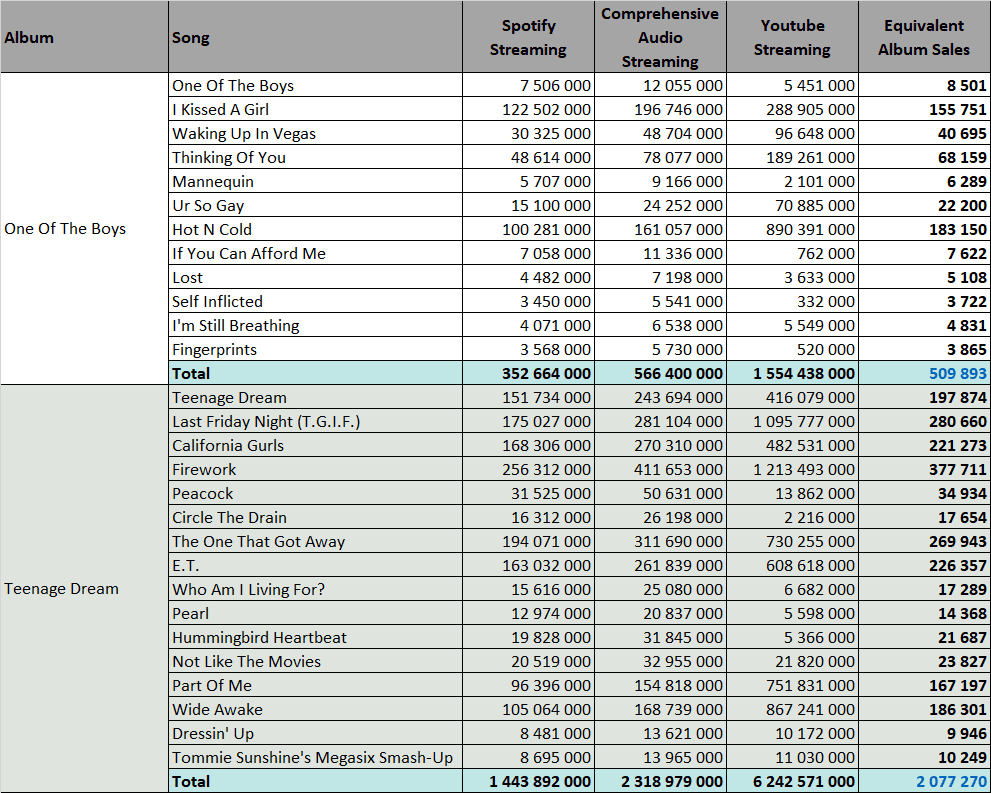 All these songs pre-date the explosion of streaming. Still, all singles figure among the biggest streaming hits of their respective years.

The overall strength of Teenage Dream continues to impress. At almost 100 million plays on Spotify, Part Of Me is merely the eighth most played track on this record, an absolutely terrific achievement. Firework leads the way with 256 million streams on Spotify and over 1,2 billion on YouTube. Speaking of this latter platform, Perry‘s numbers there are unreal. Hot N Cold is close to 900 million while all 8 singles of Teenage Dream range from 400 million to 1,2 billion.

In terms of equivalent album sales, One of the Boys amasses 510,000 units while Teenage Dream is now over 2 million confirming its status as one of the most successful albums ever released in digital formats.