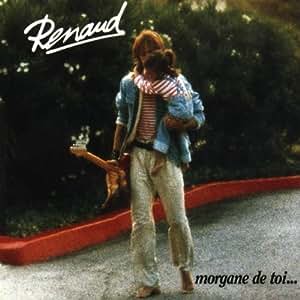 That’s exactly what he did. For 1983 fall, the artist issued Morgane De Toi. A softer record on his lyrics and instrumental, the album was less marked by the singer social commitment but more by his melodic skills. En Cloque and Morgane De Toi were both big singles, with the album doing wonders too at #2 of both November and December charts. Dropping to #18 in January, the massive crossover smash Dès Que Le Vent Soufflera catapulted the album to 2-1-1-3-8 during the following five months. Dropping out for a few months, in January-February 1985 with the newly introduced official chart the album charted at 13-10. This incredible success sent the album up to 1,2 million copies sold by the end of 1985. It was the biggest album of the past five years in France, putting Renaud on a position of his own in France music industry.

The 80s was also the period of a gigantic compilation operation titled Master Série. Mostly a Polygram project but with other labels joining it, pretty much every popular French artist had his Master Série compilation released in France language speaking countries with the similarly formatted black square and red zone cover. Renaud was no exception as he got a first one issued in 1983 covering songs from his 1975-1981 albums. No album of this widespread series was ever promoted but they kept being distributed year after year.