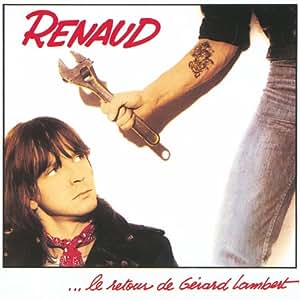 Keeping his pace of about one album every 18 months, Renaud released his 5th album in November 1981, Le Retour De Gérard Lambert. It was some kind of part two of the hit from previous album, Les Aventures de Gérard Lambert, which installed a fictive character that got additional stories to tell on this new album.

Entering at #6 in the chart dated January 1982, the album was also immediately Gold. It reproduced almost exactly results of its predecessor: #6 peak, four months on charts (6-15-19-19) and over a year of promotion, Gold upon release and Platinum at the very end of the album life, this time in December 1983. Among the album singles, Manu is the one which ended generating the highest appeal.

With sales almost on par with previous album, a live album was released a few months after the studio album, Un Olympia Pour Moi Tout Seul. It was #15 in November monthly chart, passing 100,000 sales in late 1983 only yet.