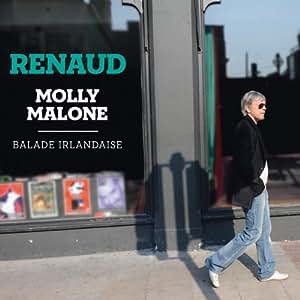 After Cante El’ Nord and Chante Brassens this is the third side album of Renaud, focusing on covers of Irish songs, Molly Malone Balade Irlandaise. With virtually no single, the album still opened with 34,436 copies sold, enough for a #1 debut. It sold 132,000 units in the six weeks leading to the end of the year, up to 165,000 copies with 2010 sales. Considering more than 200,000 units were shipped upon release those results are disappointing. The artist still sold 308,000 records in 2009 proving his catalog was still as strong as ever.

In November 2010, one more greatest hits package was released, Le Plein De Super. It was a career spanning 3CD  compilation issued without much fanfare but that ended as the primary best of of the artist. It sold 40,000 units in 2010-2011 but that was only the start of its life… From 2010 to 2015 several limited Intégrale albums were released as well as minor compilations.