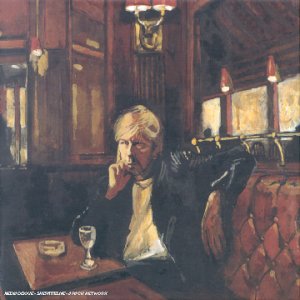 After eight years without an original studio album and with the public ready to embrace him again, Renaud released Boucan D’Enfer in May 2002. Lead single Docteur Renaud, Mister Renard peaked at #23, incredibly enough the artist highest position in more than 15 years.

The album opened at #1 despite being released in the same week as Eminem much hyped The Eminem Show. Quickly, second single Manhattan Kaboul in duet with Axelle Red gained relevant airplay. This touching ballad on which each singer tells the story of a Manhattan / Kaboul cities residents impacted by 11/9/2001 World Trade Center attacks became the artist biggest hit by very far since Mistral Gagnant. A real Renaudmania invaded the country with an amazing eight catalog albums re-appearing in Top 150 Album Chart.

Shipping a massive 450,000 units prior release, the album went 2xPlatinum (600,000) after six weeks and Diamond (1 million) in a mere three months despite those months being summer months. During its first 18 weeks the set never left the Top 3 exchanging constantly positions 1-2 with Patrick Bruel all-time blockbuster too Entre-Deux. Both albums are respectively #22 and #9 among the all-time France best selling albums list. The album sold 1,5 million copies in France alone during 2002.

His catalog did wonders too as Paris-Provinces Aller/Retour sold some 45,000 units for the year, Visage Pâle Rencontrer Public over 35,000, Mistral Gagnant and Renaud Chante Brassens 20,000, Marchand De Cailloux, A La Belle De Mai, Putain De Camion, Morgane De Toi from 10,000 to 15,000 copies each. The main force of his catalog was obviously L’Absolutely Meilleur Of Renaud yet with some 125,000 copies sold. A 2CD box Visage Pale Rencontrer Public / Boucan d’enfer also sold well at 35,000 copies. While newly released longboxes Renaud and Anthologie failed to chart, all three Master Série albums came back on Compilation ranking.

In 2003, although the main buzz was over, Renaud still sold the incredible total of 783,720 records, the huge majority of them being albums. That year a live set Tournée D’Enfer was released. It debuted and peaked at #3, selling 155,000 units by the end of 2004. New hits packages continued to be released including L’Essentiel 1 in 2003 and L’Essentiel 2 in 2004. That was also the year of Mon Film Sur Moi Et Mes Chansons Préférées de Moi release. A 1CD+1DVD compilation, it included big hits as well as lesser known songs as selected by Renaud. This set was #2 of the compilation chart in December going Gold in four weeks and 2xGold after four months selling 230,000 units by the end of 2005, it was deleted shortly after.