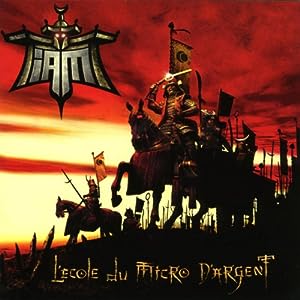 North against South, Paris against Marseille, PSG against OM, NTM against IAM. During the 90s, both sides of France have been pretty much opposed in every possible way. In music as a whole or in the rap universe specifically, IAM was the obvious flagship of Marseille city artists.

By the release of their third album, L’Ecole Du Micro D’Argent, their first album was Gold and their second Platinum. The latter contained the most iconic rap song ever, Je Danse Le Mia. With this increasing popularity, their new album debuted straight at #3 in March 1997. While the high entry was predictable giving how rap acts tend to have loyal fan bases, stability was everything except a given.

With each single getting heavy praise from both critics and street followers, the album resisted incredibly well, sticking within’ the Top 15 during its first 34 weeks. Interest continued until September 1998 as the album was Top 50 in all but one of its first 77 weeks. By April 1998, sales topped 700,000 copies for the release which was poised to hit a millions sooner or later. In March 1999, the tally was over 800,000, without counting the 200,000 copies sold abroad.