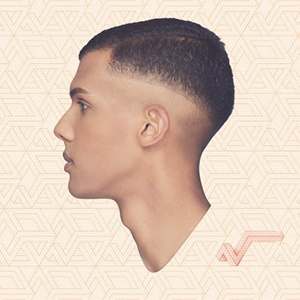 By May 2013, belgian creative artist Stromaé was a one-hit wonder, having took Europe by storm some three years sooner with the monster hit Alors On Danse, that failed to translate into strong album sales or real credibility yet. The lead single of the follow up album, Papaoutai, entered at a very modest #47 French singles chart before dropping to #62 the following week.

Market wise, French album sales were into a hole with a mere 48,5 million albums sold by the end of the year, a far cry from the 125,7 million sold one decade earlier, in 2002.

Obviously things weren’t looking very promising for the artist second album, Racine Carrée, when first hitting the market in August 2013. A couple of years later and after a trio of massively successful singles waved all over French medias, Papaoutai, Formidable and Tous Les Mêmes, the album is already among the 20 best selling albums of all time in the country. It captured 26 weeks at #1 ending up being the best selling album of both 2013 and 2014 as well as getting the highest calendar year sales in over a decade.

Yearly French sales stand as below:

Net shipment as of the end of 2015 is estimated at 2 million copies.

While not relevant to French album sales, we can notice the album sold a huge 578,400 copies up to the end of 2014 outside France.