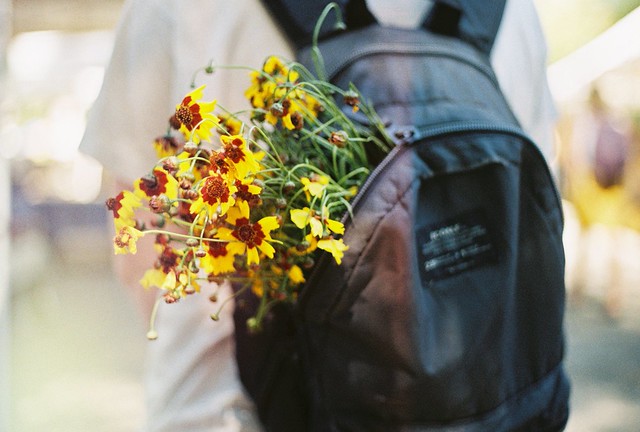 Why is Discogs data so relevant?

There are zillions of numbers here and there about everything and Media no doubt know how to use the most misleading of them to reach biased conclusions. The story isn’t different in the music charts and sales world. For long, I have been searching for every possible indicator that is organic, meaning it isn’t artificially corrupted by promotion. A thousand streams randomly achieved on Spotify represent a much lower financial gross than 1,000 box sets sold to fans of an artist, but they are way, way more relevant to illustrate success, precisely because they are organic. The same is true for YouTube views or catalog sales of products that aren’t promoted for long. Organic indicators are powerful because they highlight a consistent pattern rather than temporary hype created by an artificial tool.

The number of Discogs users who own each record is an organic indicator. As Discogs is also a market place, users won’t only put their Beatles albums visible by all to look good. Even the most obscure LP can be sold. On top of that, these users love to claim a huge collection so they enter all records they own, making it a legitimate summary of their former purchases.

That’s the second element that makes this data so beautiful. The population of Discogs is known. Most people using that site are LP collectors, so they are hardly representative of the entire population. It doesn’t matter though since we know about it. For example, we know that Michael Jackson‘s Thriller outsold Pink Floyd‘s Dark Side of the Moon by about 3 to 2. On Discogs, they are owned by 105,523 and 162,236 users respectively, giving a 3 to 2 edge to the latter. We can just throw away Discogs owners statistics and say they aren’t accurate. We can also understand that Dark Side is simply more collected while Thriller touched a wider public outside of music fans, and set up a relevant factor to still use that data.

Figures written above suggest Pink Floyd‘s classic album is collected 2.3 times more on Discogs. Of course, we already know a lot about sales of these two records so we can doubt that site will help us. If we speak about Mexico though, while we know that Thriller (without the 25th Anniversary edition) shipped 1,6 million thanks to Amprofon certification, we have zero data about Dark Side. Their Mexican editions are owned respectively by 414 and 205 users. Since Thriller owners are 2.3 times more relevant, that creates a 4.65 to 1 gap in sales between both. This suggests 345,000 units sold by Dark Side in Mexico. Madonna‘s True Blue has a Discogs owners versus global sales rate about 10% higher than Thriller. With 149 owners in Mexico, we can expect about 635,000 sales from there. The same method gives nearly 200,000 sales for her debut album and 395,000 for Like A Virgin.

Just like that, we went from knowing nothing about these albums on that market to having a precise, realistic, and unbiased number for them. Incredible, isn’t it? It may seem too easy, but the fact is these figures are spot on. Based on previously known data extrapolated from remaining methods, True Blue, Madonna and Like A Virgin were estimated on 650,000, 175,000 and 350,000 respectively. That’s no coincidence, while this method isn’t official, it’s just organically representative of true sales.

As of now, Discogs covers 5,3 million artists responsible for 10,2 million records themselves representing over 45 million versions. The coverage of this database is unbeatable. Elvis Presley has about 100 distinct albums that got certified in at least one country and about 3 times as much that charted somewhere. With Discogs, we get data about 2,134 albums from him. This database provides information for plenty of records that are still entirely ignored by charts and sales experts.

I pointed out the example of Madonna in a relatively large market. If one wants to get information about Terry Jacks‘ Seasons In The Sun in Colombia though, that’s fully possible too. Obviously, local acts are also available, as well as acts who pre-date the rock era.

More often than not, reports about album sales are global reports. We get no data about specific countries, or at best about the markets we already know about like the US and the UK. The most successful albums ever usually have versions from more than 50 different markets on Discogs database. This can include countries as difficult to value as Guatemala and Zimbabwe.

That’s the wonderful part of Discogs: while the Master release of each record, which encapsulates owners of all versions, provides comprehensive statistics for the album, each sub-version also displays how many owners it has so it is possible to come up with a realistic estimation for all of them, from each market.

Versions listed per format and label

To see an album with 50 or more versions from the US alone may sound annoying. For sure it implies more work to collect the data. The truth is that the separation of all of them helps us tremendously.

It has been more than a decade since chart experts started to look for albums issued or not on each music club, most notably BMG Music Club and Columbia House. Myself, I listed the 1997 database of the latter way back in 2007. Discogs has it all. If we look at Madonna‘s Like A Prayer, we know it moved 244,000 million units at BMG Music Club and that it was released in Columbia House as well. There are various versions from both clubs at Discogs. The main LP version from Columbia is here, while the CD version from BMG is available on this link. At the former club, the album has 390 LP owners, 343 CD owners and 18 cassettes owners. At the latter, it has 192 LP owners, 88 CD owners and 16 cassettes owners. That would suggest over 600,000 sales at Columbia House.

Interestingly, in the case of The Immaculate Collection versions from each club add for 307 and 318 owners, respectively. Should we assume the album also did about 1,4 million at Columbia House since it sold 1,46 million at BMG? Not exactly. Discogs has much more users collecting the LP format and sales at that Club were higher at the start of the 90s when they were still strong. This album has 3 times more LP owners of the Columbia version and 3 times more CD owners of the BMG issue, which corrupts the conversion rate for this album. We can still factor these figures appropriately.

There have been music clubs outside of the US too. We tend to completely ignore them quite simply because we had nothing to track them. Discogs includes various Club versions for albums from Canada, Germany, Japan, etc.