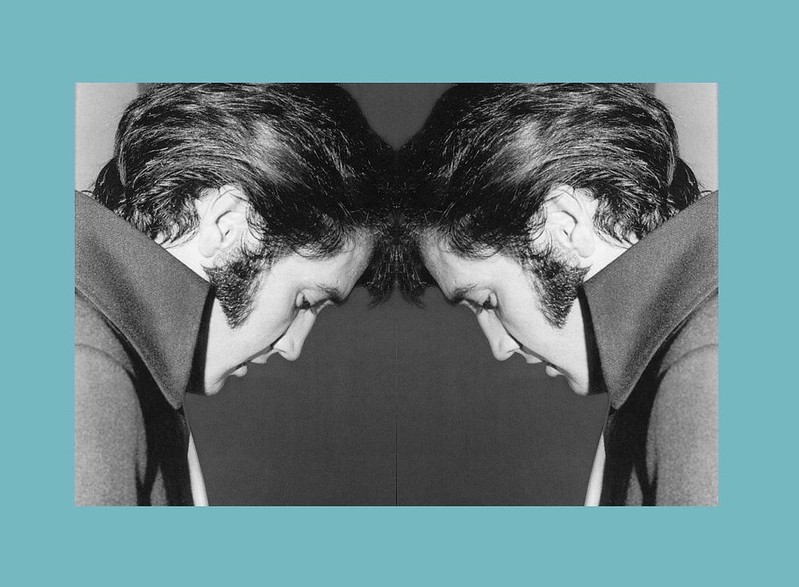 A lot has been said about Elvis Presley‘s sales awards. Fact is, even when they are 100% official like the RIAA certifications, they are often largely misunderstood. Various parameters like the price, the number of discs, the running time, the year of release and the content of reissues are unknown or wrongly interpreted. It is about time to get a true in-depth receipt about this information!

Articles Elvis Presley’s discography puzzle and Destroying Myths: related to Elvis Presley mentioned a lot of insights related to RIAA certifications eligibility rules. We are left wondering how they apply to each and every release of the rock legend. The below table provides you the conclusion with all awards and their related interpretation. Please find additional clarifications at the bottom of the list. 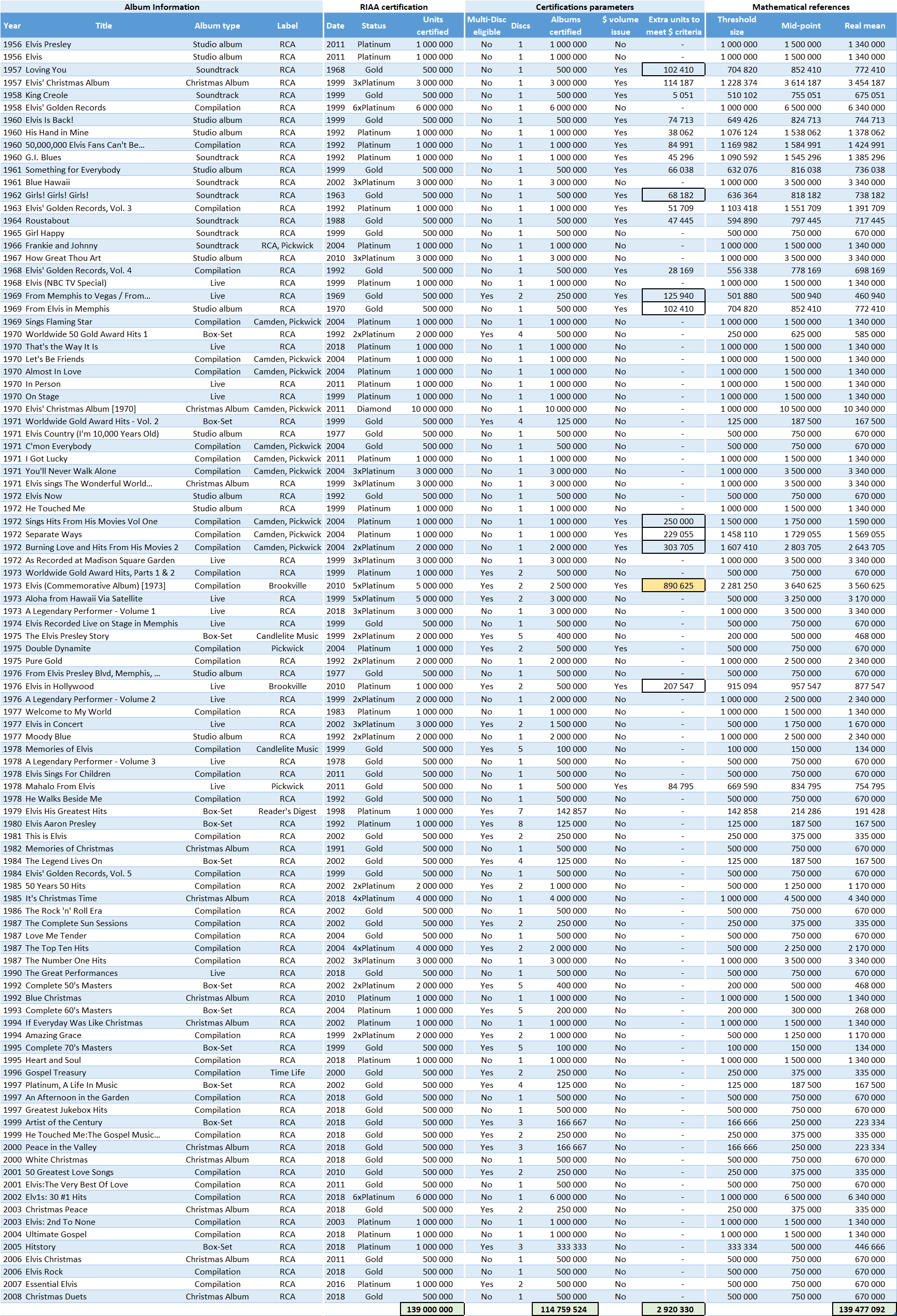 To keep in mind

While most RIAA rules are fairly clear, the one related to the dollar volume remains difficult to interpret. The main guide line is easy: an album must make $2 for every unit sold. That gross is estimated with one third of the suggested list price. There comes the issue: the RIAA never clarified which suggested list price is used. The list price from the release date? The one in place as per the catalog of the label when the certification happens? A unique price or a specific one for each format? The real suggested list price for each sale?

As the RIAA doesn’t explain this point, the best is to stick with the spirit of the rule and try to model the real suggested list price and how it evolved through the years. It requires to involve estimations for two reasons. The first is that not all suggested list prices are known. For example, I can tell you the initial price of the debut LP Elvis Presley was $3,98, but how and when that evolved week after week until now? It’s impossible to tell. Also, these albums were released on various formats, each one priced differently. Without knowing the actual sales distribution per format of each album, we can’t define the exact dollar volume as defined by the RIAA.

I went through a lot of documentation to model this problem. Please find below some relevant information in the case of Presley:

A simple example of application

Elvis in Hollywood was issued by Brookville Records in 1976. It was a double LP, also available on tape, and went Platinum in 2010. Since it was released after 1971, the RIAA requires it to reach both the unit and the dollar volume criteria. That is, 1 million discs sold and $2 million volume for Platinum. The dollar volume is based on a third of the suggested list price, in other words it had to reach $6 million in combined suggested list price to be Platinum.

Although it has been certified for sales of only 500,000 albums, Elvis in Hollywood needed an estimated 707,547 sales to be awarded with a Platinum plaque in 2010.

Cases of these two Brookville albums are very simple since their list prices are known and they were never reissued in CD. Similarly the level of confidence in calculations is high for Camden releases and albums last awarded during the 60s. For readiness purpose, I squared their extra units needed to meet the dollar criteria inside the table.

Don’t take unsquared values too seriously. They concern albums with possible but uncertain pricing issues since they have been certified after the release of plenty of versions under various prices. It only takes small changes to the model to see their number of units excluded fall to 0, same if the RIAA used the current suggested list price when updating them. On top of that, chances are that even if sales have been excluded in 1992/1999 audits, the expensive reissues rehabilitated them by now. Thus, numbers in $-related columns aren’t a big deal for them, instead you should read that these albums likely sold more than just over their number of units certified back then.

I may be a “rookie” regarding all these statistics, but it is quite easy (at least for me), to be a little bewildered when it comes to understanding these statistics. In this section, the 1978 release of “A Legendary Performer, Vol.3” (1978), has estimated worldwide sales of 440,000. The album went gold after just five weeks, for sales surpassing 500,000 in the USA alone. RIAA certified this album on Dec18th 1978. If anyone could explain, I`m all ears.

Hi Kjell! A Legendary Performer, Vol 3 is estimated at 350,000 US sales to date plus 90,000 overseas. It was indeed certified Gold after only 1 month, but it’s exactly why this certification should be considered as it is: a shipment figure. RIAA certs are indeed based on how many copies are sold by the label to retailers, not how many copies have been sold from retailers to final consumers. In 1977, both A Legendary Performer vol 1 & 2 sold well in the wake of Elvis’ death. When they released the 3rd volume at Christmas time, retailers expected it… Read more »

I have an 1958 Elvis Presley 45 record framed with the RIAA certified platinum record , limited series No. 3 of 90 . The songs are, jail house rock and the other side is , treat me nice, I was wondering how much it would be worth

Hopefully we can get a Prince CSPC analysis after Elvis.

I’m sorry. I thought you were already finished with his cspc analysis and that you have all decided to post different articles about Elvis first to create more hype before posting what we all have been waiting for.

Now that I know, no pressure. I can wait then.

It’s July 15th in U.S.
technically you would have to wait an extra day for August 16th 🙁

Elvis heatmap has been posted on June 26. it’s july 16 now and it feels like forever to wait for the cspc analysis of Elvis to show up. I hope we’re not waiting for august 16 which is his death anniversary cos it’s just too far from now.

We aren’t waiting – we are simply working on it! I have now topped 200 hours working on his discography and Anthony and Hernan did an awful lot too. It’s just an utterly massive work. As soon as we can drop a new article with more data we will do it.