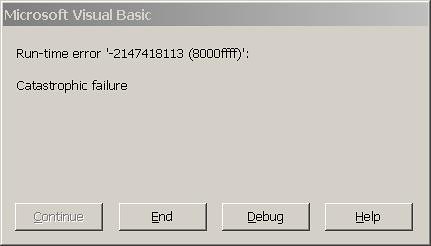 I already pointed out the violence of My December‘s hardcore flop. I can tell you more: out of the 333 albums issued during the digital era that we studied at Chartmasters.org, since 2003 to date, Clarkson‘s My December registers the sharpest collapse of all. It sold 1,88 million EAS while its predecessor Breakaway did 15,72 million. The drop is all the more drastic since digital years tend to limit falls for several reasons – more on that on an upcoming stand-alone article.

The never ending ups and downs of Cher conclude on one more victim. This time it’s Stars, the 1975 follow up of both Half-Breed and Dark Lady. The magnitude of this flop is especially surprising since the two aforementioned albums had sold 1,5-1,7 million EAS each. That was the first time the artist had shown some consistency since the start of her career. On its side, Stars sold a mere 159,000 units. It’s also the album which sent her into a very dark period which lasted for more than a decade. Additionally, it’s the first album we met that sold less than 10% of its immediate predecessor.

Well, the positive side is that to register so many massive drops, Cher had to enjoy various huge increases too. The Wondrous World of Sonny & Cher is the sophomore effort of the duo. It was issued just after Look At Us and its huge single I Got You Babe. It failed to record the same success. Although it got 3 Top 20 singles in the US, the album on its own sold very poorly and its songs got forgotten quickly. All told, it stands on 681,000 EAS against 7,24 million for Look At Us.

One more disastrous reunion attempt. After the Backstreet Boys, Cranberries and Jacksons, it’s the turn of the Spice Girls. The unreal hype that accompanied the group during their immaculate run in mid-90s had completely faded away by 2000. Many blamed the absence of Geri Halliwell, but in all fairness it’s not like she was a composer / songwriter. Their success was a massive buzz, the kind of hysteria linked to a generation, which ultimately doesn’t last. Even if retailers were cautious with this release for these reasons, it still failed to sell its initial shipments. Forever stands on 1,47 million EAS nowadays, a ridiculous showing in comparison to the 29,73 million of Spice and the 16,52 million of Spiceworld.

We often hear that personal and professional life shouldn’t be mixed. In 1974, Streisand‘s US #1 soundtrack The Way We Were sold strongly. Up to now, it fueled 14,77 million EAS. That same year, the diva entrusted the production of her new album ButterFly to her boyfriend, the movie producer Jon Peters. The album included a weird mix of covers from the likes Bob Marley and David Bowie. It failed to produce a hit and missed the Top 10 inside the BB200. It sold just shy of 1,3 million overall units. Furthermore, the artist herself considers it as her worst album to date.