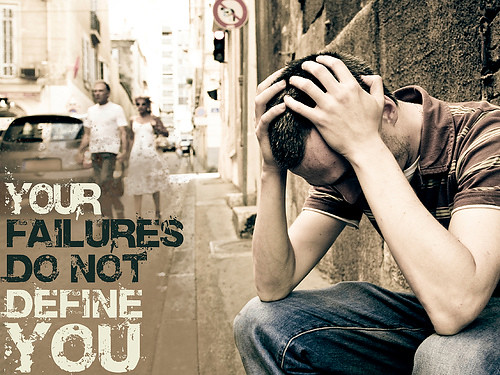 Depending on which album you consider to be Bodyguard‘s follow up, you can possibly add The Preacher’s Wife to this list. What’s safe though is the presence of Just Whitney… Last seen with My Love Is Your Love in 1998, Whitney Houston had proved one more time her selling ability. This album shifted 14,75 million EAS in total. Her return with Just Whitney… was a gigantic bomb. Owner of nothing close to a hit, the record climbed to 2,15 million EAS overall, a true nightmare for an artist of Houston‘s stature. After that, she never really recovered.

The second appearance of Fleetwood Mac is due to the poor performances of Behind the Mask. All 5 albums of the band released from 1975 to 1987 registered at least 8 million EAS. The immediate predecessor of this 1990 set, Tango In The Night, was a massive smash at 21,07 million EAS. Behind the Mask did only 2,91 million. This huge drop in popularity led many people to argue they haven’t survive to the departure of Lindsey Buckingham. The singer / guitarist joined the band in 1975 and left in 1987, precisely during their hey-days.

Well, surely we can forgive this album. Issued physically 5 months after being given away to the fans of the band online, The Fall had virtually no chance to do well. With this in mind, it isn’t surprising to see that the era generated only 292,000 EAS.

All five albums released before Flash Gordon moved at least 14,4 million EAS. Massive hit makers, Queen bombed hard with the soundtrack of the famous comic strip, just like the movie. The Game, released the same year, was home for 2 ground-breaking US #1 smashes. It climbed all the way up to 29,48 million EAS. Flash Gordon stalled at 4,03 million.

Already the 4th solo album of Cher in this article, 5th overall. From 1975 to 1982, the vocalist was on a hole success-wise. Out of her 7 releases, 6 sold 160,000 EAS or less. The exception was Take Me Home, which did well at 950,000 units. Its follow up which immediately broke this new traction is no other than Prisoner, an album estimated on 128,000 EAS. This severe flop led Cher to release her following album under the name of a band, Black Rose. It bombed too. Casablanca records dropped her. It’s when Columbia Records decided to give her a chance with the album I Paralyze in 1982. It was one more disaster. This run of chaotic sales forced the artist to stop her singing career for 5 years until her rebirth in 1987.

Billy Joel is often highlighted as an example of consistency. After all, he issued 11 consecutive US Platinum studio albums including 8 multi-platinum in a row. He also retired after that string, thus his popularity never had the chance to fade away. While all this is true, there is significant gaps between Platinum and Diamond albums. Joel exploded thanks to the song Piano Man from the album of the same name, which ultimately produced 18,36 million EAS. Streetlife Serenade had no hit and no lasting appeal either. It sold 2,43 million, a career-low for the artist who used to sell twice as much thanks to his strong following / catalog sales alone.

One more album which marked the end of an artist’s career. Just like Moving Violation (at #35) closed the career of the Jackson 5, 2300 Jackson Street was the curtain call of the Jacksons. This had to be one of the most expected album on this list. Losing Michael from your line-up can’t help. Victory had sold 5,37 million EAS, 2300 Jackson Street hasn’t gone higher than 684,000 units.

One may exclude this album since it can be seen as a side project. Truth is, if you consider that the follow up of 1990’s The Rhythm of the Saints is You’re the One rather than Songs from the Capeman, you would barely switch of flop since they sold similar numbers. Simon‘s sales went from 5,40 million to 670,000 EAS. Obviously, the career of the songwriter was mostly done already by then.

Reunion attempts are rarely productive. If you have split, it’s more likely because you were already struggling. Thus, trying it again once your fanbase moved away from you is highly unlikely to work out well. Wake Up and Smell the Coffee had generated 1,47 million EAS back in 2001 for the Cranberries. It was their 3rd album in a row to register drops of 40-68% since their peak album No Need to Argue, so they had definitely run their curse. The masses quite simply ignored their 2012 return Roses which sold an abysmal 182,000 EAS.

The immediate successor of the eponymous album, Tumbleweed Connection made Elton John a one-hit-wonder for a pair of years. Ironically, the lack of competition in January added to the interest created by his previous album and the absence of physical single made it peak at #2 in the UK. Its songs did poorly airplay-wise though and its content ended up being dead meat for the artist. A couple of years later, Rocket Man transformed the one-hit-wonder into an absolute sales beast.