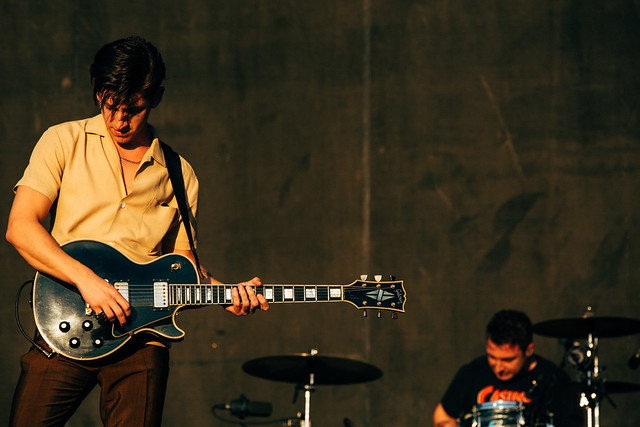 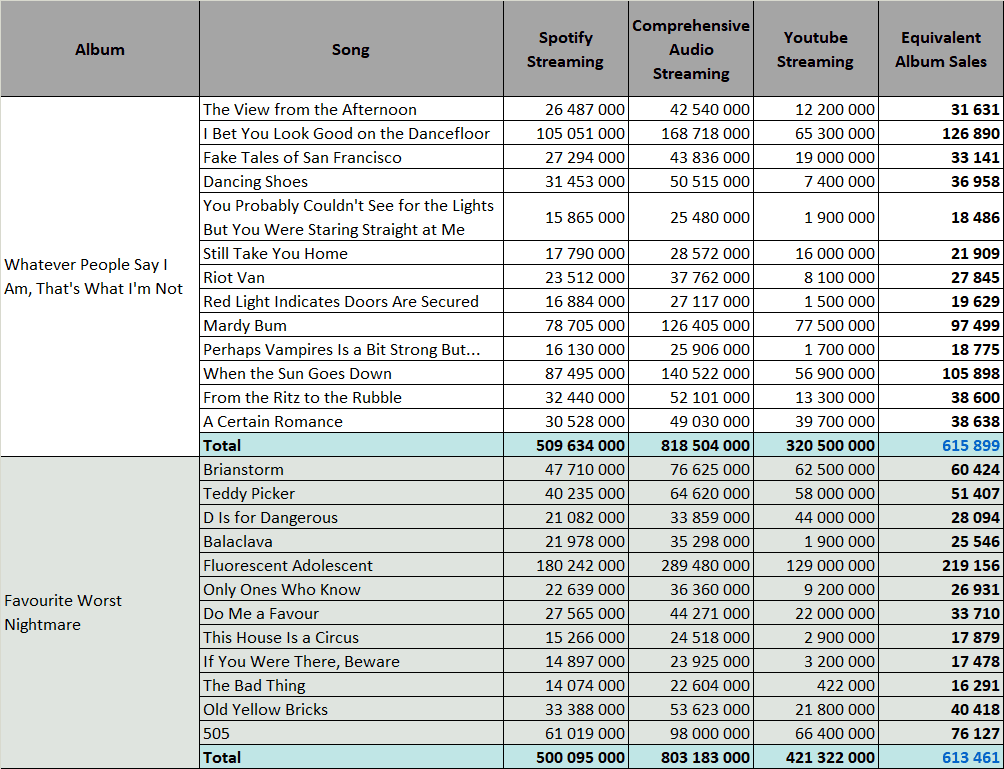 Whatever was a smash immediately, eventually it became a classic too. Its two #1 UK singles lead the way at 105 and 87 million Spotify streams, respectively. Meanwhile, it’s its album cuts which impress the most at more than 15 million each. The album concludes on 616,000 EAS as a result.

Seen as a disappointment at first, Favourite Worst Nightmare has fully recovered. Fluorescent Adolescent grew immensely in later years to jump at 180 million streams on Spotify. Likewise, the status of the LP improved strongly. All its songs top 14 million. Its EAS total is identical to its predecessor.