The immaculate career of Streisand continued with the album Songbird. It sold 1,8 million units on its own, but it also included the original version of You Don’t Bring Me Flowers, a song issued a few months later in a duet version with Neil Diamond that went to #1 in the US.

The song became a mandatory hit on all her subsequent compilations. In total, the era is at the origin of more than 6 million equivalent album sales. 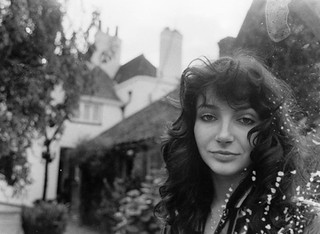 1978 is one of those years with no true blockbuster album from female artists. There is still 4 to highlight, all albums not too far from 5 million units produced in total.

Usual suspects are there. We start with the double Platinum album Living in the USA by Linda Ronstadt. Her fan base and status gave it a lot of exposure which led the LP to more than 3 million sales to date, but its singles quickly lost their strength.

Then there is the disco Queen, Gloria Gaynor with her anthem I Will Survive. The single sold very well but her lack of appeal in album format slow down her impact. She is also this kind of artists with a song bigger than them, songs which sell through Disco Hits compilations rather than solo compilations.

Anne Murray got the biggest era of her career with Let’s Keep It That Way. The album sold over a million units in the US, so did its single You Needed Me. This latter song remained her most popular among a catalog which generated more than 8 million sales of compilations, a fourth of which thanks to the 1978 single.

The last female highlight of 1978 is Kate Bush. The iconic British singer dropped her cult The Kick Inside along with the lead single Wuthering Heights, a 4 weeks #1 song in her native place. The song faced the test of time perfectly well as it still is her biggest to date. It participated strongly into the success of the 1986 compilation The Whole Story. Bush fails to be the stand-out #1 of the year only because of her modest sales in North America.

Oh, obviously, I don’t need to say that Olivia Newton-John was all around Medias thanks to her strong involvement into the blockbuster album Grease. Also excluded from this list is Blondie. The album Parallel Lines sold over 8 million units powered by its single Heart of Glass which topped charts in the US, the UK, Australia, Canada, Germany and Austria.