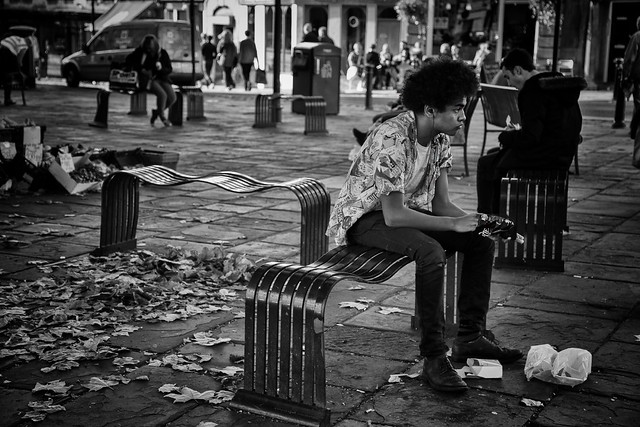 Why do urban acts dominate streams so far?

People are often too straightforward. We see that urban acts are performing better on streams than on sales, so we think that streams are making them bigger. It is ludicrous to believe that their popularity has changed completely overnight. It is also ludicrous to believe that a rock or classical music fan will suddenly stan for Drake just because he started using Spotify.

What happened is that their audience switched from sales to streams earlier than the remaining audiences. In recent weeks, urban acts like Kendrick Lamar, Future, Post Malone or Drake have been registering less than 10% of their SPS (Sales Plus Streaming) units from pure album sales. When they register 20,000 SPS units including only 2,000 sales, it’s easy to jump on the conclusion that without streams they would be doing nothing. The truth is that if there was no streams, they would be selling way more studio albums. Most hip-hop albums aren’t even released physically nowadays, meaning you can only buy them from downloads, which we know are in direct opposition to streams with almost the full community of urban followers who made the transition already.

Ultimately, the only pure sales that remain to urban artists are from collectors. Artists who started their career just before the streaming era enjoy a group of fans completing their discographies LP after LP. That’s why Drake‘s last offering, More Life, started with 226,000 pure album sales on its first week, but is now up to only 359,000 units sold. After a full 8 months, it hasn’t even added 60% to its first week sales and it is now selling irrelevant amounts on a weekly basis, because his fans collected it already. That’s also why Post Malone does nothing on sales since he got his breakthrough well into the streaming era already.

How can we prove that current SPS numbers are barely reflecting the real popularity of urban acts rather than inflating them? Let’s have a look at annual top 5 and top 10 pure album sellers in the US during the last 20 years, from 1997 to 2016, according to Soundscan.

We can notice 3 distinct phases. The first one is from 1997 to 2001. During these years, urban albums averaged 21% of the sales from the Annual Top 10 albums. At most 1 urban album per year was inside the Annual Top 5 and none ever landed at #1. To resume, the urban genre was relevant but it wasn’t the leading one.

The second phase was driven by Eminem who shot to #1 of 2002 in a list that also included his 8 Mile Soundtrack at #5 but also Nelly and Ashanti respectively at #2 and #7. Years until 2005 were hot for the genre too with 2 or 3 urban albums inside the annual Top 5 every year and an average of 47,5% of sales of the Top 10 managed by urban albums. They were undoubtedly dominating the sales format, which proves the genre can obviously sell physical records too.

Then comes the explosion of iTunes from 2005. Hyped genres among 15-25 years old people quickly translated from physical sales to digital sales with the cherry-picking of tracks impacting strongly album sales. The impact is obvious on this table as from 2006 to 2012 a mere 4 urban albums combined made the Annual Top 5. During that era, they averaged only 20% of sales from the Top 10, way under the 47,5% level from previous years.

What happened there? Was rap and R&B out of fashion? Definitely not. If we have a closer look at 2009 when the highest urban album was barely #7 of the year, we notice that among the top selling digital artists there is 5 urban acts among the top 10, plus Michael Jackson who may or may not be added to this category. This means that urban music remained just as popular as during years 2002-2005, it is only that pure album sales weren’t fully representing it.

In the other side, we can see that Country, AC and Christmas albums completely took over the top spots among Albums lists. The American public hasn’t become crazy about Christmas records suddenly in 2007. It’s just that those records were less impacted by track sales. That’s how since 2009 adult-oriented albums sold more units inside the Annual Top 10s than Rap, R&B, Pop and Rock albums combined, which is a true nonsense in terms of real popularity of those respective genres.

Streaming is barely fixing back those distorted album sales thanks to the introduction of SPS figures. Jason Aldean wasn’t as big as Drake in early 10s, these figures were highly misleading. Had albums like Take Care or Views been released at the same time as Nellyville, they would have sold well over 5 million units too. On its side, even released several years earlier, market mechanics tell us that I Dreamed A Dream by Susan Boyle wouldn’t have sold much more.

All these numbers tell us that urban albums have always been highly popular since 2002. They also tell us that fans of other genres including Country or AC music still need to do the transition to streaming. That is the crucial part. One shouldn’t take for granted that in the long run only urban acts will be doing well there.

Class rock acts are now dominating Spotify in terms of catalog streams, just like it happened in album sales in the past. The Rolling Stones and Creedence Clearwater Revival own half of the Top 10 most streamed tracks from the 60s, Queen massively dominate the 70s  while Journey, U2, Queen again, Guns N Roses and Bon Jovi all have at least one of the biggest 80s tracks. Among tracks from the 90s, only Mariah Carey‘s All I Want For Christmas Is You can maintain the pace of hits from Oasis, Nirvana, Radiohead, Foo Fighters and the Red Hot Chili Peppers.

Dolly Parton and Etta James are seriously gaining traction at Spotify while Frank Sinatra‘s Fly Me to the Moon is now on 100 million with his entire catalog doing well too. Among current acts we also notice that teen acts who were largely expected to bomb at streaming did wonders like One Direction, Justin Bieber and Miley Cyrus.

The conclusion is that streaming in itself has no genre. In some years, when the general public will be used to stream songs no matter what their age will be, acts of every kind will be doing well there, or at least, they will be doing well as long as they are popular acts. The fact that streaming has been performing so incredibly positively in spite of several audiences still needing to jump into the bandwagon is one more sign of the immense potential that this format have.