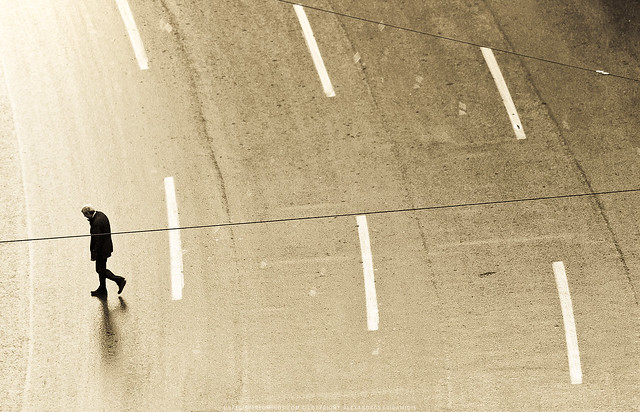 Ok, streaming is here to stay and the industry as a whole will become much bigger. While that’s clear, this remains kind of conceptual as if the industry is worth $15 billion or $35 billion it doesn’t change much for you and me. It does change a lot of things for artists we support though. With this new information about streaming, we get back to our classic question, can someone realistically top the results of the album Thriller, or at least come close?

Let’s use as an example the most successful album of the year, Ed Sheeran‘s Divide. I’ll completely ignore its 4 million-ish pure album sales as we saw on the previous page that the $7,5 billion revenues coming from physical sales and downloads will reduce to $3 billion by 2025, with drops in units even sharper than in gross. In any case, pure album sales will soon be a niche market and as such not relevant to gauge the success of an album.

As of today, Divide has amassed the total of 4,494,371,294 streams on Spotify. Extrapolating it to all platforms with our CSPC formula, this represents 7,218,232,684 audio streams. With the now standard 1 album = 1,500 streams equivalence, that’s worth 4,812,155 albums. The LP is everything except done though. It keeps registering over 10 million streams per day with Perfect and Shape of You currently topping 5 million combined on Spotify alone. With Perfect still growing, all the year end lists that will put Shape of You on top and with all awards ceremonies during the first quarter of 2018, the album will continue to be very strong for 6 more months, realistically hitting 6 billion Spotify streams by then. In other words, by the end of its promotional campaign, Divide will be on roughly 6,5 million equivalent album sales from audio streams alone.

We saw that the streaming avenue was going to be worth over $7 billion this year, in 2017. By 2022, even if streaming increases more slowly than now, we calculated they could be worth as much as $26 billion. If an album performs exactly the same as Divide did this year but in 5 years time, it should be able to record some 26 million equivalent album sales from streams in a 13 month time frame. This sounds like a lot? Of course it does, but Ed Sheeran‘s success is massive, and if the industry goes back to market figures similar to those from the 90s, there is no reason why the top seller will sell less than what 90s’ blockbusters used to sell. Obviously, as sustaining the growth of streaming for many years will require markets from countries like China and India to be far more developed, an artist who aims to score those figures will need to be really global. That’s fine enough, one needs to achieve extraordinary feats to join the all-time top sellers.

If you have been following the music industry in recent years, during this truly dark era, be ready to be happy as the future is more promising than ever before.

Hi MJD, This article was so interesting! To be honest I thought that streaming was killing music industry because of the low pure sales that it generates. But your article starts to change my mind, I think your CSPC will become the basic way to count the popularity of an artist. I have a question, I know you’re not a medium, but do you think, in the future, we will speak about « equivalent sales » (like in the UK) or we will speak about « equivalent stream » (like in France)? Because of the streams increases, speaking of an 10 billions streams album… Read more »

There is also a few more countries adopting the equivalent stream view like Denmark. It does make sense since sales will soon become irrelevant. Habits are often stronger than relevance, so we may keep talking about equivalent sales for long. Jornalists are too used to that to completely change their view right now. In many years, when most people would have live only with streaming, it may change.

Streaming helped Drake become a superstar. His sales prior to streaming becoming so dominant was not impressive

That’s a wrong perception. Drake’s first 3 albums sold a combined 1,737,000 units in their debut week in the US alone. All of them released in 2010 or later so those are definitely truly impressive figures. He was massive from day 1. They all sold more than Views in the US. Streaming barely made it more visible.

I dont think streaming should count really,you have fanatics that will stream their favourite artists non stop that can get software like auto clicker that fakes youtube views.Plus i think everytime a song gets played on radio it should count also if these streaming sites count.What about when warner music took of loads of videos when they had a disagreement with youtube(https://www.cnet.com/news/talks-break-down-warner-music-pulls-videos-from-youtube/).what happens to the loss of streams for those artists.30 seconds to count as one stream is ridiculous it should be the full length of the song.Anyway thank you for your research and sharing your figures.

me
Reply to  me

MJD
Author
Reply to  me

Hi Me, Not counting streaming would be an outrageous nonsense, that’s the #1 revenue segment of the industry already. Figures of streams are gigantic, so big that the impact of a bunch of fanatics is absolutely irrelevant. In the past, you had fanatics collecting all versions of one album, here it is no different. Artists with no videos on YouTube perform better at Spotify, it is a mere transition of format so there is no loss for them, they may pretty well be winning in reality as audio streams are more profitable than video streams at the moment. BTW, the… Read more »

Thanks, I’ve been looking forward to this. I know that artist CSPC articles are what *most* people come here for, but I wish we could also have more articles like this – your skills as a music business analytic are pretty much unparalleled IMO (speaking as a finance analytic myself, haha). Great job!

In your introduction, you mention how it will change the music we listen to with our mothers listening to our music and you earlier mentionned the surprising success of “Despacito” as an example of Latin acts taking over with the booming of streaming. How does that happen ? What does it have to do with streaming ?

This part will come inside the part 3 of this article, I’ll publish parts 2 / 3 in upcoming days 🙂

How many seconds does a song have to be listened to before it counts as one single stream? Just curious.

China market have music store like QQ Music, someone famous singer can sold millions copies of digital record in their release day due to stan fans.
Besides, I want to know who’s the next artist, and Barbra popularity analysis please, too! There’s so many discussion about you SCPS artist list in many music sitesor forms, and question where Barbra will rank, her real us and worldwide sales is one of the m ost mysterious in divas

Claimed sales figures coming from platforms like QQ Music are absolutely false. If you check IFPI annual Top 50 lists, you will notice that no Chinese artist has made it in recent years with 600,000 units being enough to feature on it nowadays. All similar claims about Katy Perry or Taylor Swift are just as wrong too.

The next CSPC artist is a male act from the past. Barbra isn’t planned over the next few ones to come soon.

I see, I know ur busy in many artist SCPS, I just want to know the total physical records Barbra sold. I read your album sales figure in french form and Fan of music site, but there’s no single sales and the data was out of time, could you give us an approximately estimate of Barbra’s singles and album us&worldwide ? I know you had done some researchs and analysis for barbra before.

Elvis will be biggest research, may two week?!

Elton had much longer career, so i wouldn’t be so sure about the length of the research, imo.

Elvis may be died earlier, but he has many more greatest hits-album and singles

MJD, I know ur busy in many artist SCPS, I just want to know the total physical records Barbra sold. I read your album sales figure in french form and Fan of music site, but there’s no single sales and the data was out of time, could you give us an approximately estimate of Barbra’s singles and album us&worldwide ? I know you had done some researchs and analysis for barbra before.

I won’t commit on a figure before studying her case carefully, especially since I never studied in full her singles sales so far. After the few ones already scheduled, she will be added to the pipe for sure as she is the biggest female artist missing at the moment.

Thank you so very much

Like it was said by MJD, the artist studied is none of both but is a legend too 🙂

In that case, i really hope it’s either Lennon or McCartney 🙂

That’s because they are single sales though not album sales. You download a track from the album and store it on QQ.

Sorry I don’t know how to edit a comment 🙁
It costs 15 yuan to store about 10 tracks (for ANTI) so it’s about 30 cents per track. Not all western albums have been released to the site though. Maybe it’s because of me being nationalistic but I don’t see what’s the difference between this and korean music platforms.
Really hope you might reconsider and possibly take them into account in future?

I have no issue at all with counting Chinese figures. For now, I’m still pending additional information. They lack transparency, we just don’t know which song is selling what. They assign the numbers to the album, but we don’t know to which song it relates, nor we know how is it calculated, if it includes streaming units or not. At the moment, it’s sadly impossible to exploit those numbers.

I used a VPN and apparently it’s like 1-2 Yuan depending on the track, but it’s not an individual track purchase. Like the number will say 10 million, but it’s 1 million people that have chosen to store the album just 10 million tracks that have been stored. Also it has real time updates so it’s pretty transparent. There’s also Netease Cloud Music and others as well. All 5 of these streaming services have more monthly users than spotify. The only disadvantages is the number of western albums available for purchase because they only blew up in like 2015. Like… Read more »