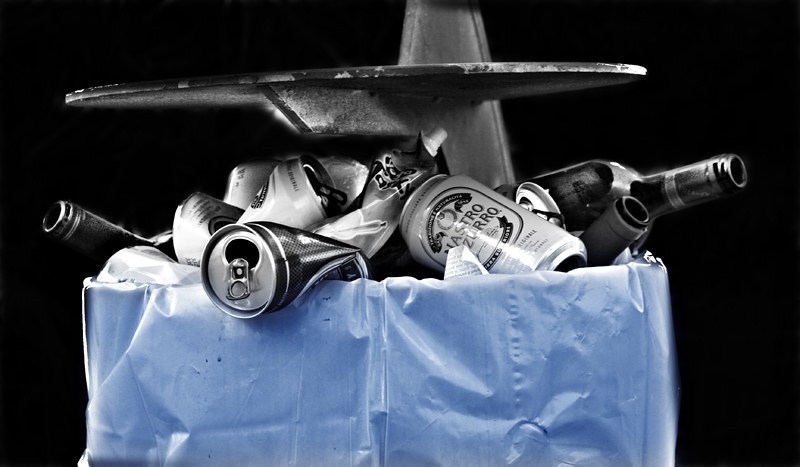 It starts with some random feelings. It then morphs into a lie. Uneducated people hear about it and make up conspiracy theories. It all ends up a huge mess that creates a myth. This scenario happens day in day out. I can’t point out all of them, but at least when I read rubbish about charts and sales I can try to block it before it propagates all over the web. The last master in making up lies to get into the spotlight is the website Hits Daily Double.

It has already been various months since they constantly tried to ridicule Billboard. Their propaganda campaign reached unseen heights today with their shameful article titled Amato’s Gotta Go, with John Amato being the name of the President of Billboard.

One may think Hits Daily Double may have solid arguments to request the dismissal of a person that isn’t even part of their body. However they don’t have any such right. Their point is that the sales figure published by Billboard about Taylor Swift‘s reputation is different to theirs. The problem is they absolutely never show why theirs is more accurate, in fact, they prove the opposite by themselves right from the first line of the article.

We can date back their childish behavior to the article in which they stated Taylor Swift was chasing the 3,3 million units sold by Adele‘s 25 in its first week. No industry insider seriously thought reputation was going to sell 3,4 million units in its first week in the US alone, which shows this article was an obvious attempt from HDD to gain clicks from Swift‘s fans, the queen of fan engagement as they wrote themselves. They concluded saying Time will tell, as if there were doubts. Time indeed spoke: reputation sold more than 2 million less than 25.

Several weeks later, Billboard stated that Big Machine, Swift‘s label, was hoping for 2 million sales. Billboard, which provided a deeply detailed article with various information, said on their side that projections amounts to about 1.4 million units.

HDD, not scared of absurdity, then published a piece of rubbish titled The Bible [their – itself absurd – nickname for Billboard] bumbles again. They tried to mock Billboard arguing they claimed reputation was going to sell 2 million, while they explicitly mentioned it was only the target set by Big Machine. HDD wrongfully argues about the Bible’s estimate, saying their own estimate of 1,5m is much more realistic. They wrote an entire article to blame them for saying something they clearly never said, in other words, they wrote an essay based on a pure lie in front of everyone’s eyes.

Guess what HDD? The irony is that Billboard, with their real estimate of 1,4m, were much closer than you. They were also much, much, much more realistic than your Chasing Adele clickbait. Please notice how they clearly already targeted John Amato, showing it is a real personal vendetta rather than credible work from a professional body.

Then came the release of reputation. With it, we got the estimates of HDD as well as the official sales from Billboard, which always differ for years, as HDD doesn’t hold access to official building figures as provided by Soundscan since 1991. They use their made-up data to call for conspiracy in their last ditch effort to get clicks.

Let’s review it piece by piece.

Our latest SPS chart has Taylor Swift‘s #1 bow for reputation at 1.29m, edging past the first-week total for prior giant 1989.

Oops. They try to discredit Billboard saying their figures are different, implicitly arguing they are themselves more accurate. The problem is that if they consider 1,29m to be more than 1989, it means they are giving the edge to Billboard. In fact, it is more than it’s 1,287,000 sales as communicated by Billboard, but it is less than the 1,316,427 sales that HDD claimed back in 2014.

1989. But in a further demonstration of how completely out of touch John Amato and team are, the industry Bible gave her a total of around 1.26m.

So Billboard are “completely out of touch” because of a difference of 30,000 units out of 1,29m, some 2,2%, between their made-up data and the official figure. Not only that, they grossly spit over Billboard although they know perfectly well that Billboard does not account for sales, instead, Nielsen does. They are once again explicitly lying to discredit Billboard. First with a goal from Big Machine and now with a scanned figure by Nielsen.

In doing so, they took their eye off the ball during a crucial moment for the entire industry—because they didn’t care

Wow. Now HDD tells us that Billboard, a magazine fully dedicated to the music industry since 1894, didn’t care about the entire industry. All this with no argument. What’s safe to say is that HDD didn’t care about accuracy considering how easily they spread lies throughout their news articles.

If they did care, they would’ve done the work to find out what really happened with the year’s most eagerly awaited album, considering the importance of an accurate count to one of the industry’s hugest stars, her label or the biz at large

They continue their cheap literature to explain how Billboard didn’t care about the facts. Please notice how they never bother explaining us why their figure would be more accurate than the one from Soundscan. There is no data, no evidence, no common sense, nothing. They barely state as a fact that they are more accurate. Should we seriously take this for granted when we see the garbage they have been spreading for weeks? Personally, I wouldn’t.

The performance of reputation in the 2017 marketplace is historic; despite steep drops in retail, Taylor achieved an unprecedented fourth straight million-plus bow almost entirely with sales and eclipsed the 2014 debut of her last blockbuster

Once again they discredit themselves by using their own figure for reputation but the one from the Billboard for 1989. Once again plenty of literature with hyperbolic words to explain how critical the error of Billboard is, and once again with absolutely no evidence whatsoever which proves it.

When they saw our chart number (a total with which BuzzAngle Music agrees), they could’ve dug down into their numbers to locate the malfunction. But they couldn’t be bothered

HDD, please, give me a break. The total “with which BuzzAngle Music agrees”, this is just too much. They are making fun of their readers and they don’t even try to hide it. BuzzAngle Music is their data provider, obviously they agree with the data they gave themselves. Be aware that BuzzAngle Music is property of Border City Media, a company from New York. You can see it at the bottom of their page. That company launched their Beta in March 2014. It is a company limiting its activities to account for music information. Billboard work with Nielsen, the leading global company of data measurement, a company funded way back in 1923 and which started its music branch in 1991. Do we seriously expect a company started from scratch recently to already own more agreements with retailers to better cover the US market than Soundscan which has been doing this for nearly a century?

This is basically it – just because they have a new partner which provides them data by the name of BuzzAngle Music, HDD feel comfortable enough bashing Billboard and claiming Nielsen figures are fake? I don’t want to crush Border City Media, which is no doubt a promising start up, but HDD is clearly not serving their point by using them as an incontestable authority while they are just getting started, especially against a giant and widely praised company like Nielsen.

As for the sentence they could’ve dug down into their numbers to locate the malfunction, it appears obvious that the only malfunction is the honesty of HDD. If it really is a mallfunction which is easy to locate, why don’t they provide us with the receipts? Where is the breakdown for the sales of reputation from each store? Nowhere. They weren’t finished though…

Really? As per who? In the age of social media, how come only they know about that? How come Swift herself hasn’t expressed an issue about it, nor the big guns of Big Machine?

A publication that cared about the music business would have done its utmost to get this right. Even if it required Amato to miss a photo op backstage at the AMAs.

But Billboard isn’t in the music business.

If it wants to change this, Amato and his coterie of sycophants must go.

So now HDD pretend to be more in the music business than Billboard, for real? At this point, they are only a part of the comedy business.

all the shade in this article has me shooketh

Wow! Wow! It is like you are reading my mind! I like to read HDD, it is (was) a wonderful site with very good information and very good articles. But lately they started to speak bad against Billboard..at first I think they must have very good reasons since their other stuff is so good. Slowly but steady more and more articles are shown for the ONLY reason to speak bad at Billboard…I started to think that they are very lame. And the Taylor Swift thing is the confirmation of all of that. I was feeling the exact same thing you… Read more »

Hi Karalady! You are correct, they have been clearly trying to generate hype for quite some time. When 1989 was released, on their building album chart they got it at 1316k after 88% of the countdown. Her fans went wild wondering how high it could go. They waited several hours before closing the countdown at 100%, where 1989 appeared with… 1316k. They were voluntarly exciting fans to get their page copy/pasted everywhere during that period. Then, they have got a figure 3k away from Britney’s Oops and it got repeated by all Britney fans as if that was a big… Read more »

I didnt know HDD, bit billboard has always been a joke. They did not count the sales of albums of the music clubs. They always valued airplay more than sales. The graphics of them havent been representative of the success of a song or an album a lot of times. And they have changed their rules a thousand times …

Hi Love! You are mixing 2 distinct things, your opinion about Billboard and the relevance of HDD’s articles. About Billboard, you point out Music Clubs to say they were a joke – when Soundscan was established, you need to consider that 1/ the RIAA wasn’t allowing the majority of Club sales, 2/ there was no technical way to account for Club sales in a weekly basis. It isn’t about being a joke, everyone does his best with what he can. As for the airplay, it has always been way, way, way more relevant than physical sales to gauge the success… Read more »