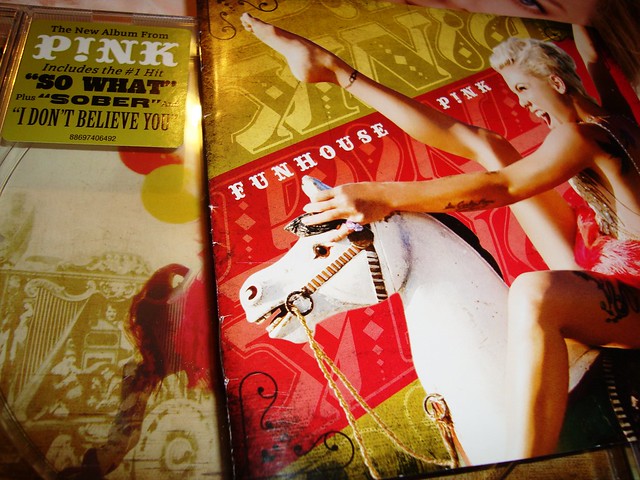 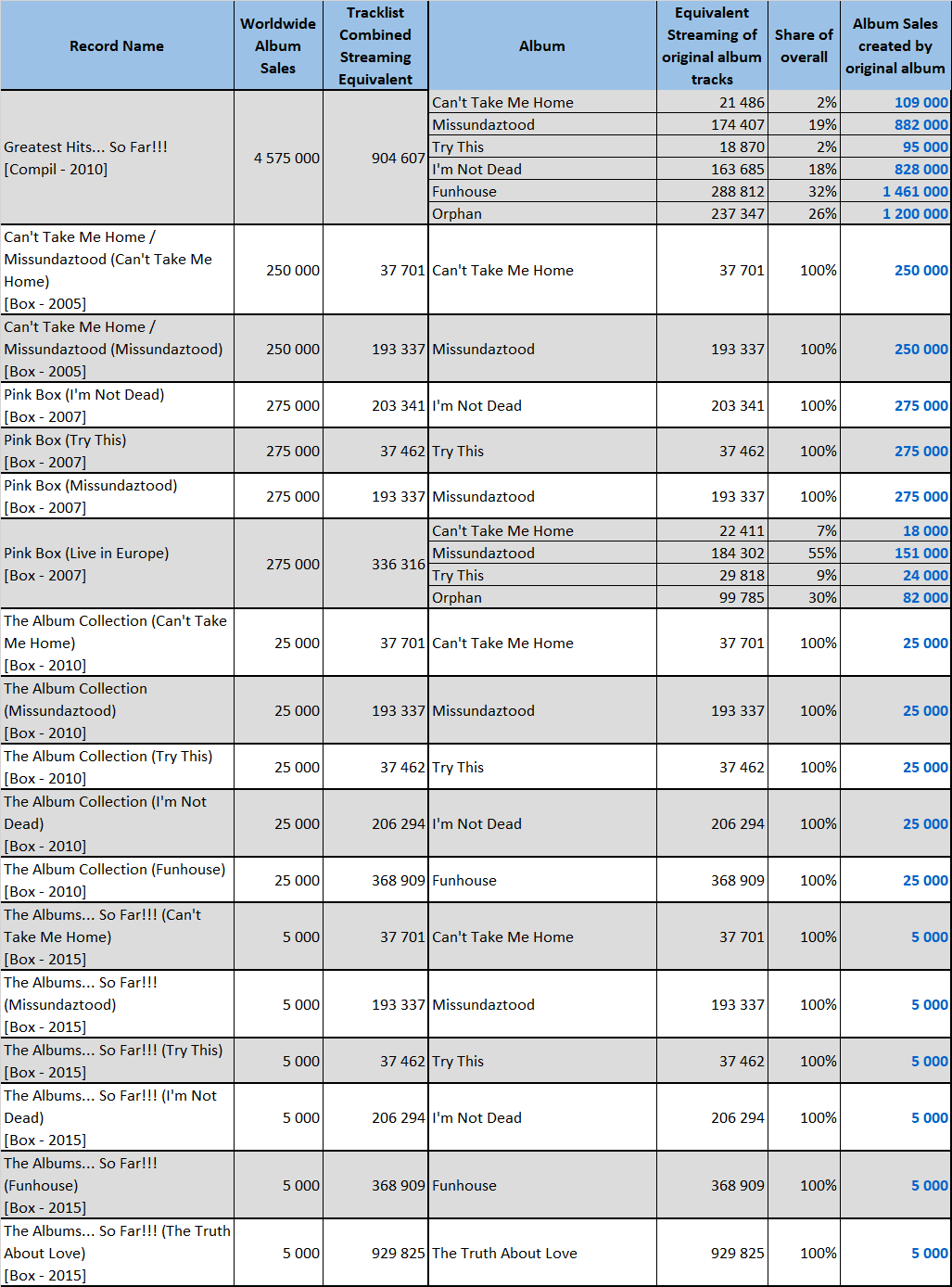 How to understand this table? If you check for example the Greatest Hits… So Far!!! compilation line, those figures mean it sold 4,575,000 units worldwide. The second statistics column means all versions of all the songs included on this package add for 905,000 equivalent album sales from streams of all types.

The second part on the right of the table shows how many equivalent streams are coming from each original album, plus the share it represents on the overall package. Thus, streaming figures tell us songs from the Funhouse album are responsible for 32% of the Greatest Hits… So Far!!! track list attractiveness. This means it generated 1,461,000 of its 4,575,000 album sales and so forth for the other records.

This compilation is by far the biggest seller from this list so its distribution of sales is key. Expectedly, songs from Can’t Take Me Home and Try This have little impact, but M!ssundaztood, I’m Not Dead, Funhouse and the Orphan songs all contribute greatly to its ongoing success. Obviously, catalog sales of studio albums dropped considerably since the release of this package. It explains why The Truth About Love is the one which continues to sell, as it came out after the best of. To gain access to all its songs we still need to purchase the studio set.

The rest of the table is made up of various multi-CD boxes. P!nk sold plenty of those. All those sales are re-assigned to every studio album that are a part of those merged releases.