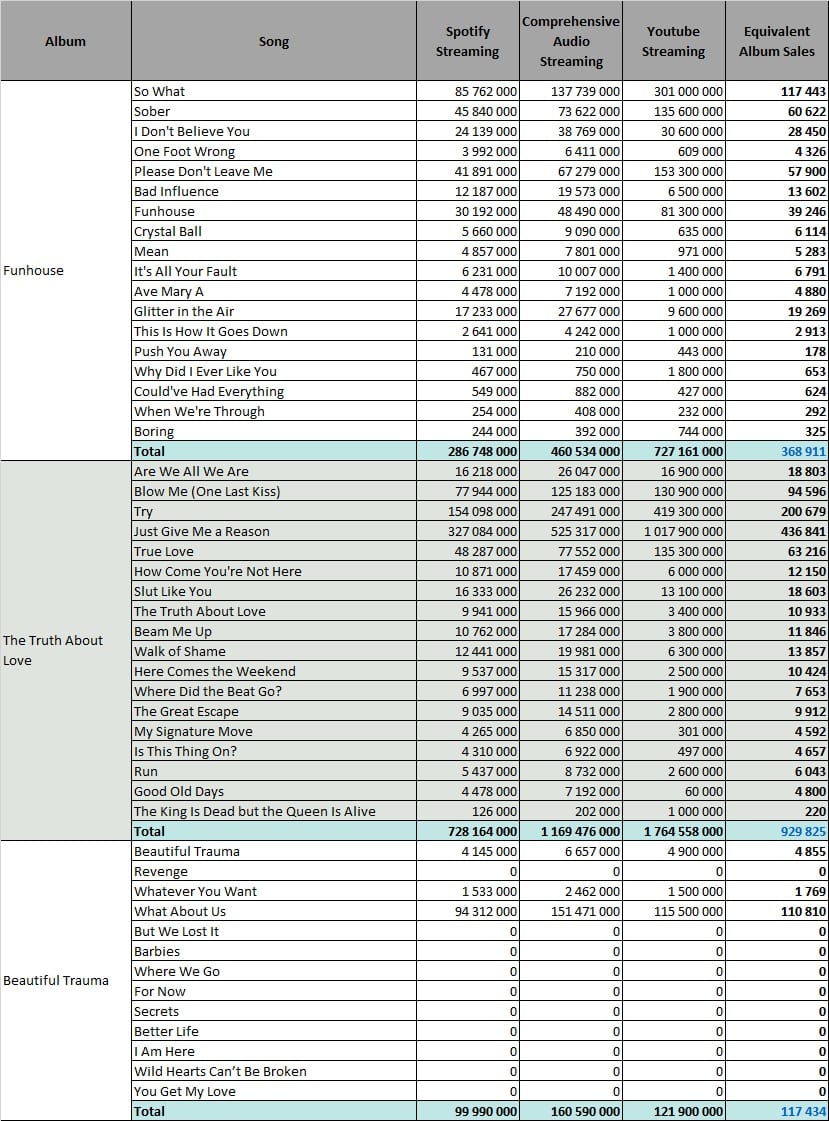 The density of Funhouse doesn’t need more evidence. It has 7 singles up to 86, 46, 42, 30, 24, 17 and 12 million. The leader is So What which is also the leading streaming hit issued prior to the streaming era of the artist. Album tracks from the original edition of the record are also in the multiple-millions range to bring the overall tally to 369,000 equivalent album sales, nearly twice as much as M!ssundaztood.

The growing trend continues with The Truth About Love. While Spotify was already around by 2012, it doesn’t explain the big gap between this album and its predecessors as the market was low then. So what is the explanation for this big gap? Quite simply because Try, and even more so Just Give Me A Reason, are truly huge songs. Focusing on the latter, it has 327 million streams on Spotify and over 1 billion on YouTube, two terrific numbers. During the introduction I mentioned P!nk has no signature song. Incredibly, that track which arrived deeply into her career, is seriously close to achieving signature song status. The album is nearing the 1 million milestone more and more each day in terms of equivalent album sales from streams, more than the previous five albums combined!