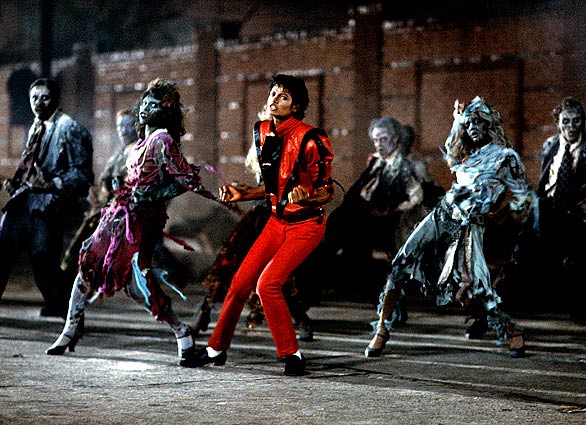 In 1983, long before the Night King, Michael Jackson was the one terrorizing the World… and he did it in incredible fashion. In its March 17, 1984, edition, Billboard printed an article telling us that Michael Jackson‘s cult album Thriller had become the greatest selling album of all time ahead of the soundtrack for Saturday Night Fever. This fact remains as true today as it was then. Who’s gonna bet on its sales figures though? Some say 40 million, others speak about 150 million. Today, we will tell you where the truth lies!

There are two ways of defining global sales of an album. The first one consists in relying on official communications from labels or official bodies. The second one relies on breakdowns of sales figures from each relevant market based on chart performance and certifications. Both methods are full of traps and absolutely impossible to master without years of experience.

The case of Thriller is no stranger to these kind of traps. There is a reason why people can assure you it sold a certain amount of copies while telling you numbers that can range from 40 million to four times this figure. In recent times, Sony has gone wild with their claims related to this record. It all started at the World Music Awards in 2006 when they gave Jackson a plaque certifying sales of 104 million units for Thriller. They have increased this tally several times since then with some of their official websites now stating 150 million sales.

Official bodies refer to the IFPI and the related recording industry associations. Readers are often misled by media sourcess with a history related to music like Billboard, Time Magazine and The Guardian. As credible as those sources may be, the figures they claim are not official by any means. They only really matter when they explicitly state the figure comes from the label as they are only disclosing second-hand information.

No official body has ever stated a figure for Thriller, and reports from the label came out very early during its run and involved highly misguided wording.

As for sales breakdowns, charts aren’t relevant for albums that sold well for decades, plus many markets had no official album chart in 1982. At best, if they had, it wasn’t necessarily very accurate. Then certifications aren’t automatic, not always available, plus they provide information limited to a threshold with no additional precision.

If you put all those elements together, you understand how it is possible to get a ballpark as wide as 40 to 150 million. Do those difficulties mean sales of Thriller will forever remain a mystery? Of course not. I have been digging into them for so many years that areas of doubt are now very limited. Considering the entire set of data available granting a margin of error just under 2 million units, a few percent’s only for Thriller, is absolutely possible.

We will start with sales of Thriller during the 80s using both methods previously mentioned. Then we will add sales since 1990 to date which are much better recorded.