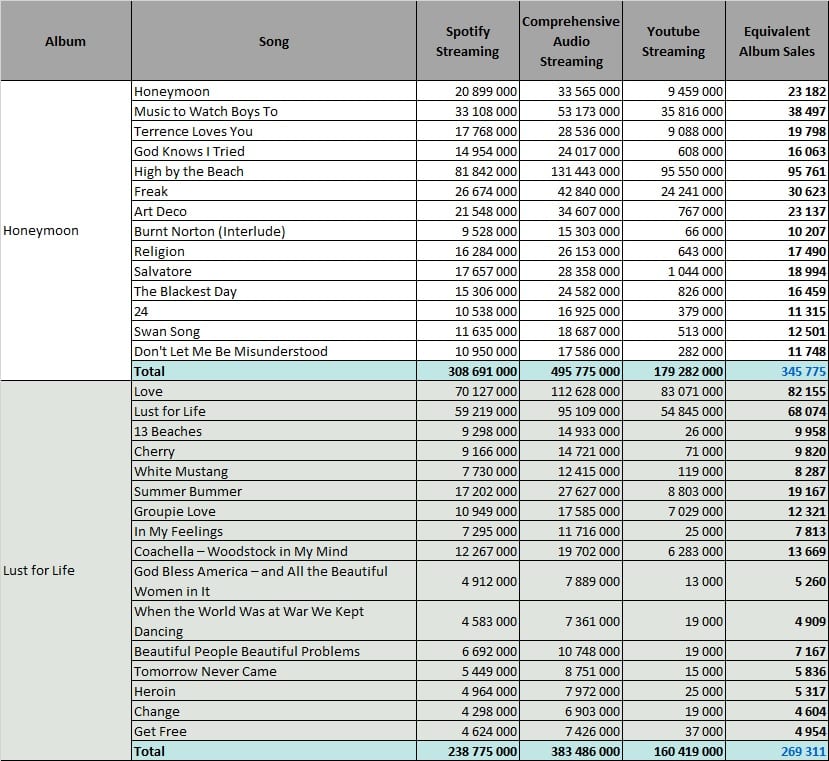 As the streaming market has been increasing a lot lately, it becomes harder to compare each album with its predecessor. The fact the trend is negative though can only be very bad. On the positive side, an addition of 346,000 equivalent album sales for Honeymoon is sizable considering it sold barely 700,000 units in pure album format.

Hits continue to be absent on Lust for Life too, with the first two singles at 70 million and 59 million only, although fairly modest results by 2017 standards. The album is still quite new so all is not yet lost. Nevertheless, for this record also streams represent a considerable share of its equivalent album sales total with a score of 269,000 units.