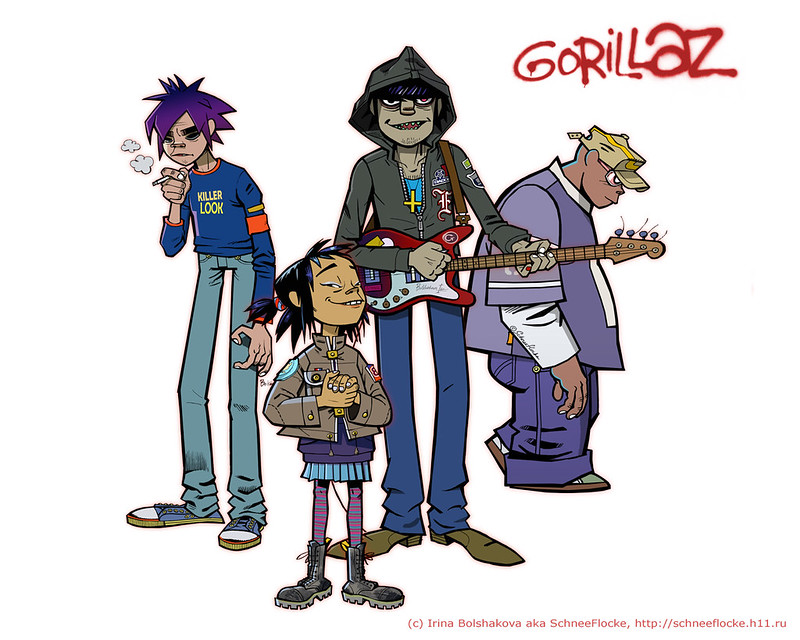 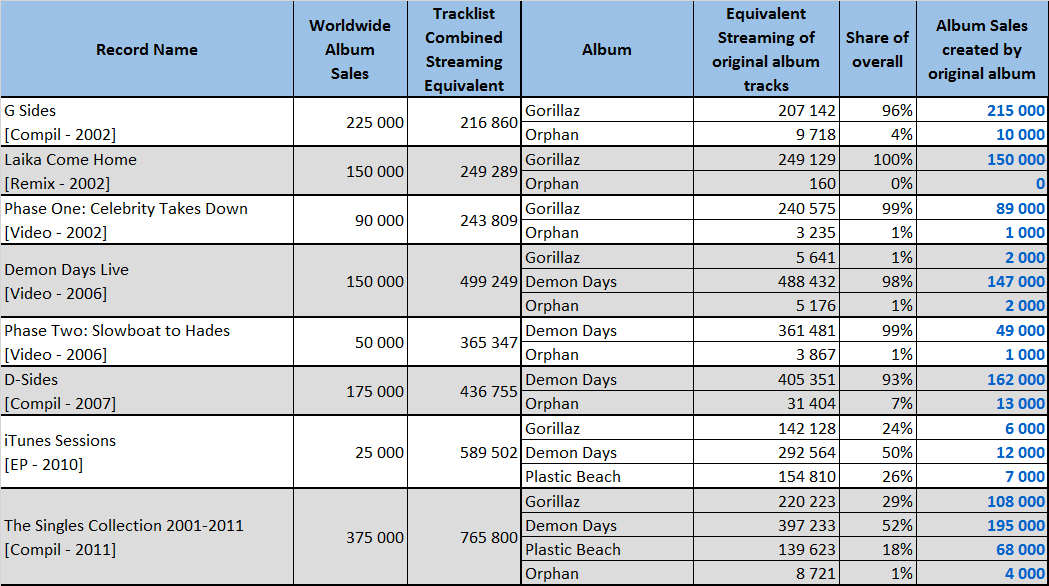 How to understand this table? If you check for example the The Singles Collection compilation line, those figures mean it sold 375,000 units worldwide. The second statistics column means all versions of all the songs included on this package add for 766,000 equivalent album sales from streams of all types.

The second part on the right of the table shows how many equivalent streams are coming from each original album, plus the share it represents on the overall package. Thus, streaming figures tell us songs from Demon Days are responsible for 52% of The Singles Collection tracklist attractiveness, which means it generated 195,000 of its 375,000 album sales and so on for the other records.

All remix and video records released by the band were themed after a specific studio album, thus most of their respective sales belong to the relative album set. The last two items, iTunes Sessions and The Singles Collection were career spanning which concludes on their appeal being spread among their first three albums, with the main attraction comes from Demon Days hits.

They deserve an update with The Now Now’s numbers. Also, ‘Plastic Beach’ has been surprising greatly in streaming, over 3M now!

There’s definately a great deal to learn about this topic.

I love all of the points you made.

Hi there very nice blog!! Man .. Excellent
.. Wonderful .. I will bookmark your blog and take the feeds additionally?
I’m glad to search out so many helpful info right here within the post, we’d
like work out more techniques on this regard, thanks
for sharing. . . . . .

When someone writes an article he/she maintains the plan of a user in his/her brain that how a user can be aware of it.
Thus that’s why this article is amazing. Thanks!

This gate definitely met my expectations.

Good job.
Thanks for updating them. It was unexpected but a super cool choice haha.