Summary of figures from all countries 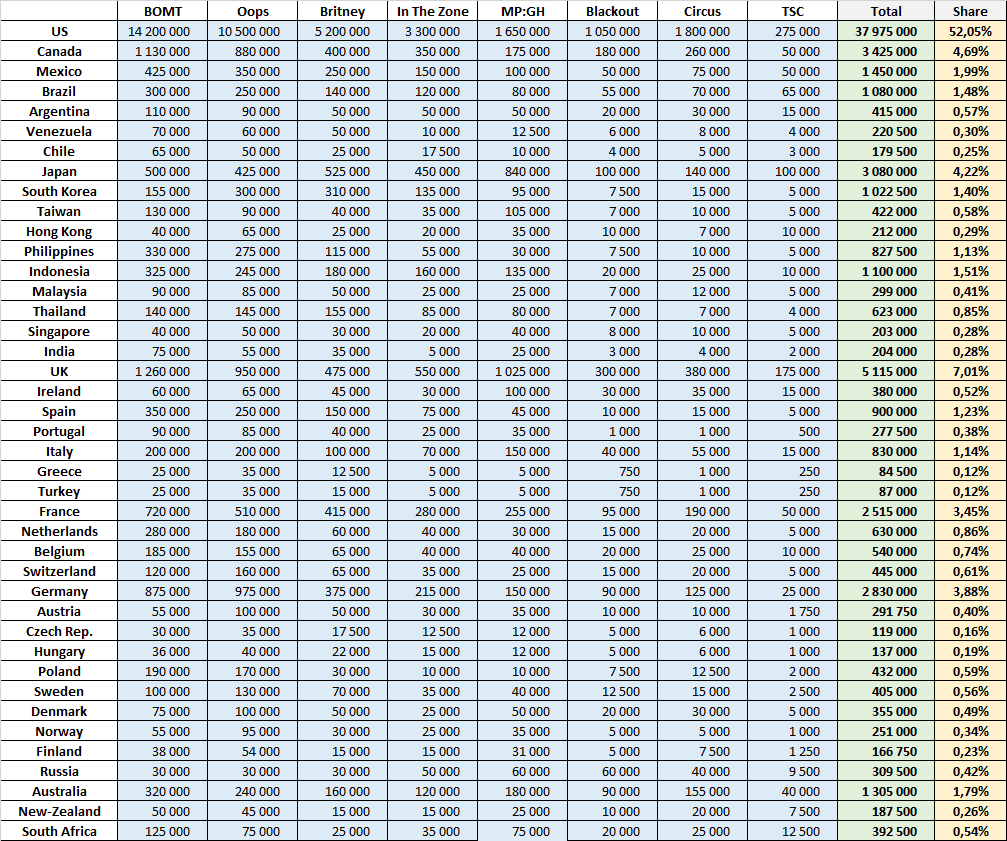 Well, I think I just broke my own record of the highest number of figures inside a single screenshot. If more than half of Britney’s albums sales came from the US, then the above numbers prove she has a truly global appeal. There are 11 countries where she sold over 1 million albums. These are countries from very distinct regions like Latin America, Southeast Asia, Western Europe, Central Europe or Oceania.

Her top 6 markets are the US, the UK, Canada, Japan, Germany and France. Exactly the Top 6 markets in general terms. More impressively, she sold over 150,000 albums almost everywhere, including in markets as small as Finland, New-Zealand or Venezuela.