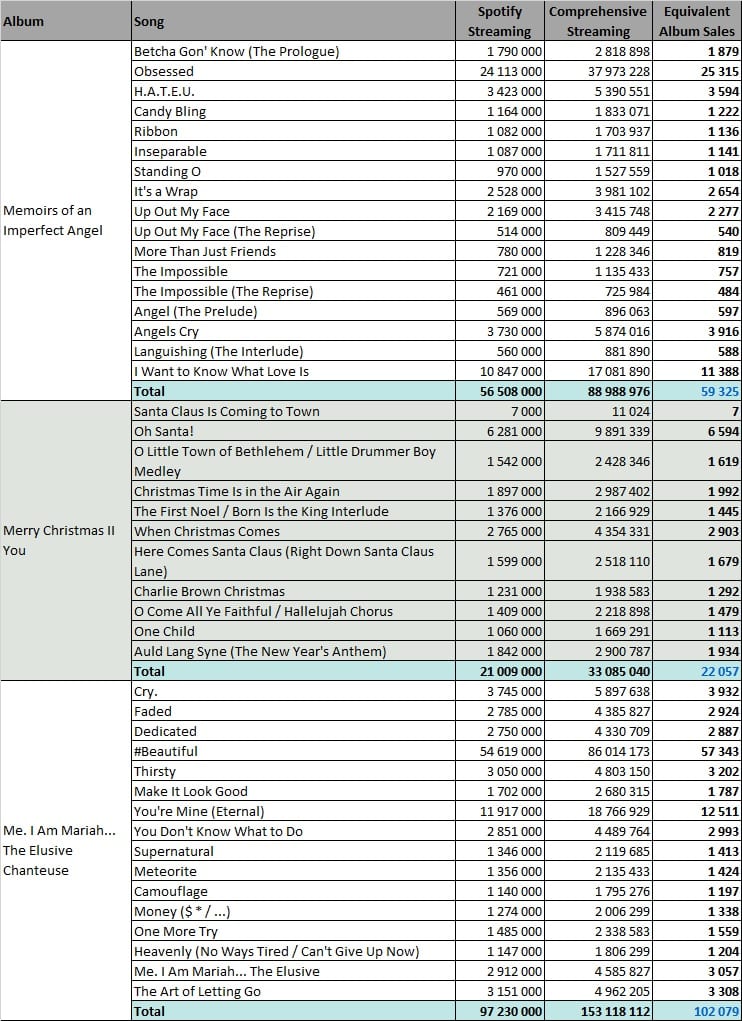 The tentative comeback titled Merry Christmas II You, a sequel of the only catalog record from the singer that was remaining hot, failed to attract the masses. In streams, the story is the same with 14 times lower totals than its predecessor at 22,000 equivalent album sales.

Memoirs songs are already on their way to being forgotten too with tallies fairly low for such recent tunes. #Beautiful looks good at 55 million in comparison to Mariah’s catalog, but for a 2014 lead single this is pretty modest.