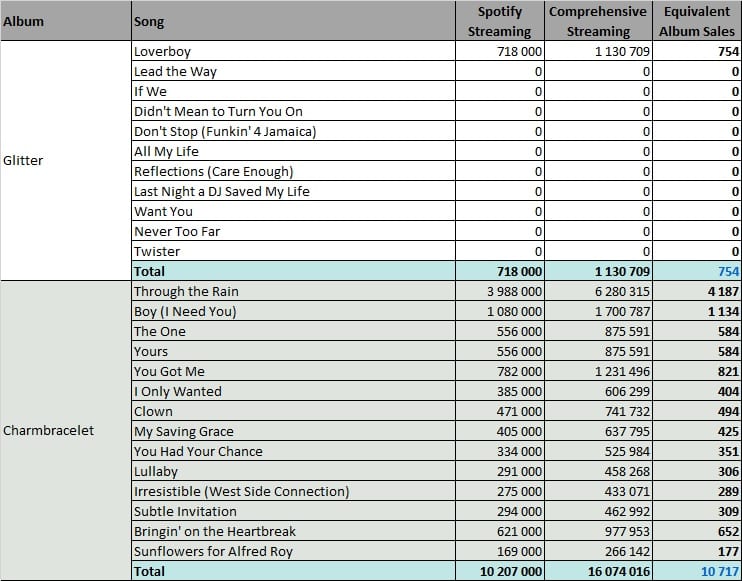 The Glitter album is absent from Spotify as of now. Very often in distinct situations, fans complain about the lack of promotion and / or exposure some records from their favorite artists are (not) receiving. Reality is that everyone wants to earn money so if there is potential to sell a product it will be exploited. The absence of Glitter is no casualty, whatever labels debate involved, had the album had some kind of potential it would be present within the platform by now.

Charmbracelet was regarded as an OK-rebound after the Glitter disaster when first released, although little seems to be remembered from that era. The lead single Through the Rain is barely at 4 million which is still 4 times more than any other song! It sold the equivalent of a mere 11,000 album units.