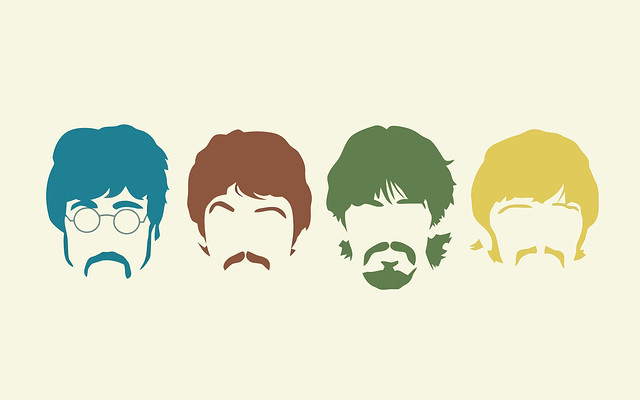 Do you feel this very special moment when starting to read such an article? That’s what happens when the daily subject is the Beatles. I won’t be creating a fake suspense – they are the biggest selling music act of all-time. The music industry hasn’t been the same after they fully redesigned the map when debuting way back in 1963. More than half a century later, identifying accurate information about their sales and their achievements is still a nightmare. Well, it still was until today!

You surely read it all – they sold more than anyone, their popularity is unparalleled, they topped 1 billion sales, shifted over 600 million albums, Sgt. Pepper LP is past 5 million copies in the UK, they broke every chart record in 1964 and got more million sellers than every other act. That’s what you read, not necessarily what is true. Indeed, all the numerical claims are purely fake.

Myself I have been going back and forth with their sales figures for 12 years until reaching at last a high point of satisfaction in an accuracy objective. I would like to particularly thanks the massive input from both Hernán Lopez and Anthony Blanchard that helped building what I can proudly announce as the most comprehensive, accurate and enlighting article ever published about the Beatles charts and sales.

Some of the information published in this post may surprise you and can also contradict official data, data which happens to be wrong. If anything concerns you, feel free to request additional details within’ comments section about data source and methods used to grant accuracy.

As usual, I’ll be using the Commensurate Sales to Popularity Concept in order to relevantly gauge the band results. The concept will not only bring you raw data of all the Beatles albums, physical singles, download singles, music videos and streaming, it will also accurately weight all this information to conclude on meaningful popularity indicators. If you are not yet familiar with the CSPC idea, the next page explains it with a short video, I fully recommend you to check it before getting into sales figures. Of course, if you are a regular visitor feel free to jump to the following pages. Let’s go!

Is there a Beatles global heat map?

You can use the search at the top-right, or click the 3 horizontal bars to see the sub-menu and display all global heatmaps, although the answer here is no, it hasn’t been published so far! Will be a nice addition for sure 🙂

Every track on Abbey Road is now over 10 million streams.

Hello! Amazing work! There’s nothing out there remotely comparable – BRAVO!
Questions:
1) When will the Beatles’ numbers be updated? – at this point they are almost a year and a half old…
2) Any plans to include their solo sales? Paul’s in particular, which are difficult to collect as he appears with 4 official names:
‘Paul McCartney’, ‘Fireman’, ‘Wings’ but also ‘Paul McCartney and Wings’… RIAA does a poor job with this.

Yeah, they needs to get to their solo careers eventually.

I am glad they were back in the charts for the last decade, and some producers realized how amazing they were. Just to show you that a great art can’t be overshadowed by today’s standard, mediocracy or even bad judgmental critics.

Prove to me that Hernán Lopez and Anthony Blanchard, so you say that your figures are right, so you know more than the people who do the Beatles website then, so you have proof that sgt Pepper has not sold 5.2 million in the uk. I think ur the fake

You keep on making mistakes sgt pepper has now sold 35 million worldwide, abbey road is 32 million, also sgt Pepper has sold 5.2 million in the uk, so you say the Beatles worldwide sales of 1 billion is fake, if so how come this figure is on the Beatles actual website

How many albums the beatles sold in Japan?

Their album sales in Japan are set on a gigantic 23 million!

Wow I thought Mariah Carey is the best selling foreign artist in Japan. Seems like she’s trailing them by a huge margin

Sales of Mariah are more visible since she was popular when Oricon figures were known and since most of her units were sold during the promotional campaign of her records. The Beatles have been accumulating healthy sales for their full catalog year after year off the radar. The fact that they sold more shouldn’t downgrade the immense success of Mariah in Japan though!

This website uses cookies to improve your experience while you navigate through the website. Out of these cookies, the cookies that are categorized as necessary are stored on your browser as they are as essential for the working of basic functionalities of the website. We also use third-party cookies that help us analyze and understand how you use this website. These cookies will be stored in your browser only with your consent. You also have the option to opt-out of these cookies. But opting out of some of these cookies may have an effect on your browsing experience.
Necessary Always Enabled
Necessary cookies are absolutely essential for the website to function properly. This category only includes cookies that ensures basic functionalities and security features of the website. These cookies do not store any personal information.
SAVE & ACCEPT
wpDiscuz
121
0
Would love your thoughts, please comment.x
()
x
| Reply