Streaming Part 7 – Not Orphan of Success 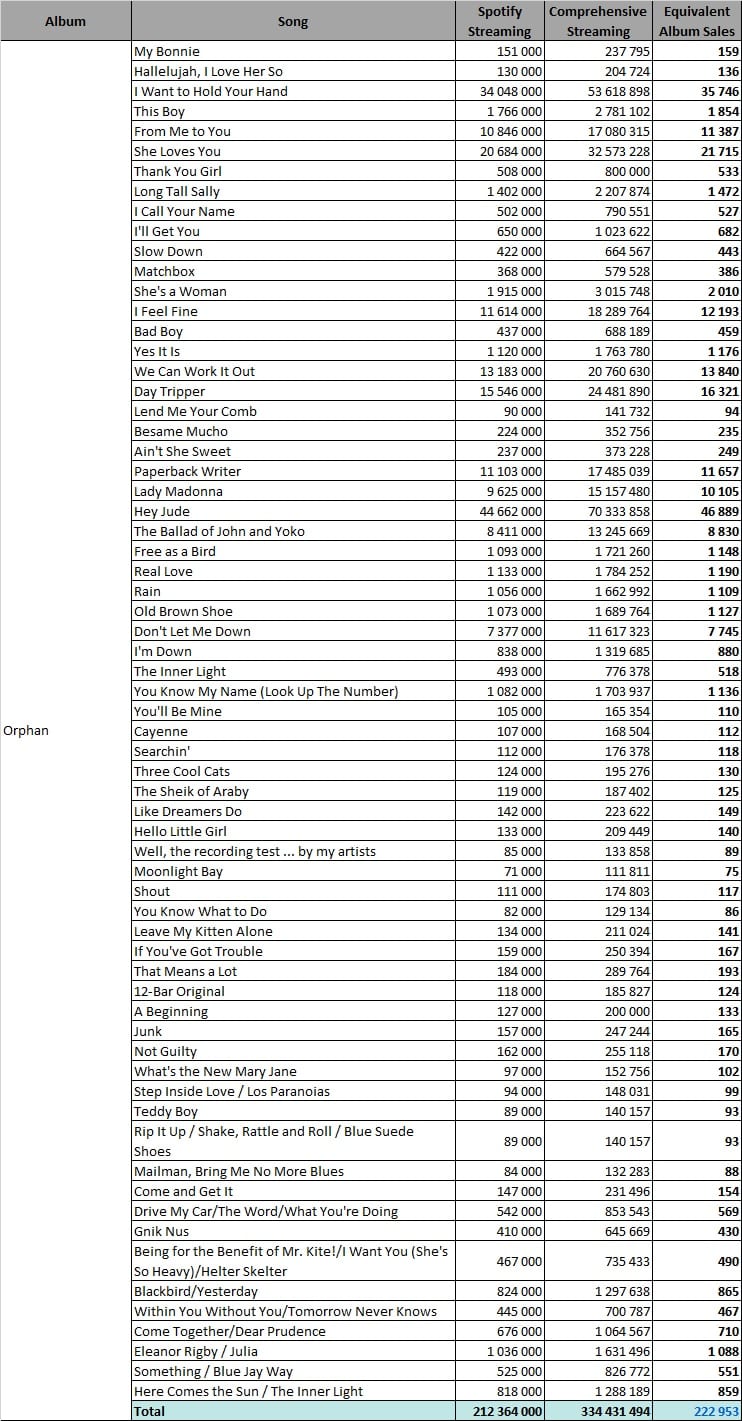 This melting pot of songs from various horizons includes some of the most notorious Beatles success. We saw within’ the physical singles sales that their top 6 selling singles were from the Orphan Album folder. Without the advantage of being available on only one format while others were part of albums too, those songs are not leading the pack anymore in Streaming.

Hey Jude is close to 45 million still, followed by I Want To Hold Your Hand at 34 million and She Loves You at 21 million. It’s interesting to notice that between themselves, sales ranking of Orphan songs is still respected – this is the same Top 3 in each physical, download and streaming sales. When comparing to studio album singles though, the Orphan songs are much higher in physical sales. This reveals in a very clear way the immediate and mutual cannibalization impact of physical singles vs albums releases.

Update would be nice 🙂

Hi MJD,
the RIAA certifications on red album and blue album also include download and streaming, seen how much higher are they ?

I’ve just realized that the physical single sales of Beatles For Sale and A Hard Day’s Night are swapped.

I think this should get an update. It’s been 3 years and a lot of things have happened like the anniversary editions of Abbey Road and the White Album. (Also pls do George and Ringo’s CSPC 🙂 )

I’m positive they’ll be well above 420 mill after the update.

Amazing work, congratulations! However you’ve missed one important EP release. The Beatles fifth Ep release, Long Tall Sally, which was released in Britain in June 1964 and is another reported global million seller.