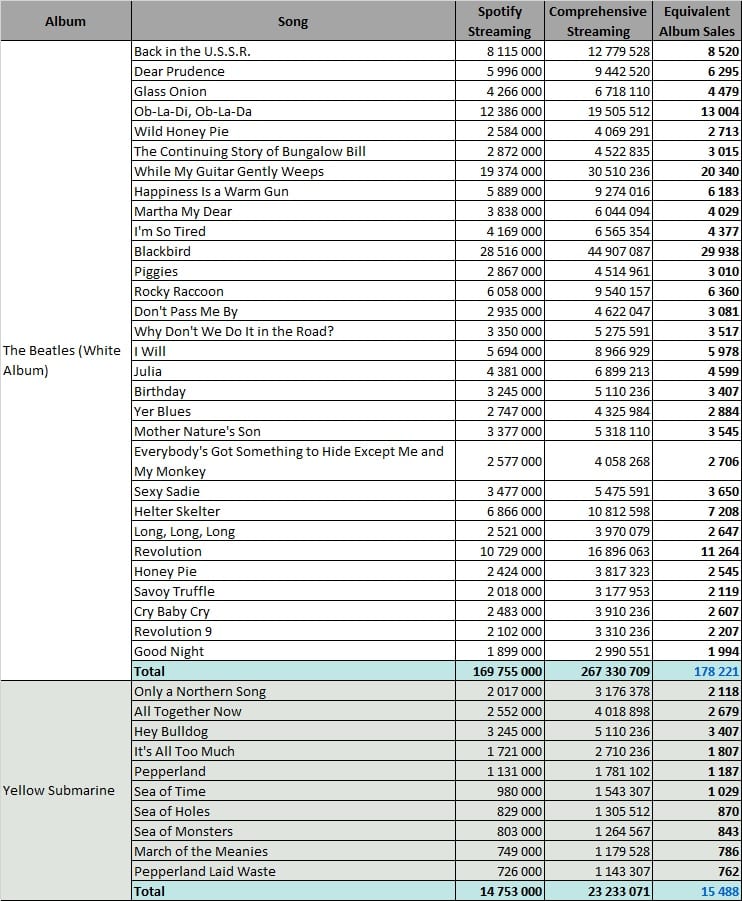 Up to this page, the Beatles strongest album in streaming format remains Help! at 125,000 equivalent album sales. This high is now topped by their eponymous 1968 album which registers 178,000 sales.

If album tracks fail to make the difference against hits, an extensive 30-songs list undoubtedly helps. It must be said too that Beatles songs are fairly short, running around 3 minutes on average. If you press play at the same time on Wish You Were Here album by Pink Floyd and on this Beatles White Album, by the end of the latter – some 93 minutes later – you will have added 30 streams to the Beatles, but only 11 to Pink Floyd. While the length of a hit often playlisted is irrelevant while comparing huge smashes, when we refer to album tracks reached only from the artist page this criteria makes a notable difference and is highly favorable to the Beatles.

Just like it was their weakest release during their hey-days, Yellow Submarine is by far their worst performer in streaming too. Its biggest song is on 3 million plays only while half of its tracks fail to break the million mark, a milestone managed by every album track from the remaining 12 studio albums. Of course, the most well-known songs on it, Yellow Submarine and All You Need Is Love do not appear because they were already considered into their original studio albums.