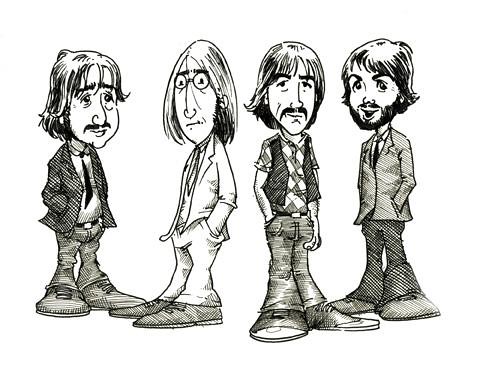 Album sales of the Beatles are very linear over their early albums, most of which sold roughly the same. On those digital sales, we start seeing a phenomenon very rare – the complete my discography logic.

The huge majority of artists need hits to sell albums. Let’s make it even clearer – all acts, as much of an album act as it may be regarded, sell their albums proportionally to the strength of the hits on them. No matter if you are speaking about Take That or Led Zeppelin, this remains true.

Beatles early albums keep on selling very similar amounts year after year. Nevertheless, digital results of their songs are way less in par between each of them. Please Please Me outperforms Beatles For Sale by more than 3 to 1 with Twist And Shout alone sells more units than the latter album.

Why the hell do those albums sell the same then? They are all on a fairly lower league than their latter albums in terms of reputation. The band name on its side is insanely popular. Their discography is relatively small and regarded as essential by many music lovers. All those facts combined together create a unique situation where the strength of hits is not enough of a factor against the complete my discography target. In other words, when a consumer starts considering buying one of those early albums, he most likely picked already at least 5 or 6 of the band records and is already aiming to buy them all.

With less than 6 million units sold in digital single format for all their tracks, those albums do not perform that well there. No song from this era reaches 1 million units.