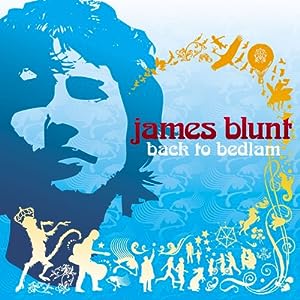 In France, Back To Bedlam came out in May 2005. There was still no promotion at all by then, thus it debuted at #67 on word of mouth from internet, being #83 on its fourth week. It’s when You’re Beautiful started to be added on main radio stations playlists. Looking at the Singles Chart, its #5 peak doesn’t look that impressive. It got released in physical single format in September only though to boost the album in previous months. It was indeed a huge hit, destroying the digital chart from June – downloads were still not eligible at the time – and completing 2005 as the 3rd top seller on that format. The album responded instantly as well by climbing 83-34-14-12-3-2 then getting blocked there for four weeks due to Raphael Caravane domination. The heavy release schedule of September pushed the record down to #49 by November once the hype was over.

A second gigantic hit came into the spotlight – Goodbye My Lover. Also performing poorly inside the physical chart – officially a #6 hit only – due to a delayed release, the song was the 5th most downloaded smash of the year and 13th of 2006. Once again, the album responded perfectly by climbing 49-33-17-13-16-4-3 during the last seven weeks of 2005. Such a great ranking brought in 329,000 units as per IFOP, but in reality nearly 370,000 copies as scanned by GFK, plus 4,000 digital sales.

Back To Bedlam never made it to the top, but it went three more weeks at #2 in early 2006 thanks to this new single. The big deal wasn’t the peak though as the record was proving an impressive consistency at high level of sales. Until June 2006 it never left the Top 20 with No Bravery helping too. In November, it recovered to #12, in January 2007, the interest was still enough to make it rebound up to #26. In other words, it was two full years of solid success.

Excluded from Charts in May 2007 due to the 2-year limit rule, with the song You’re Beautiful used as the theme of very popular TV show Farmer Wants a Wife, the era got extended for various more years. In 2007 Christmas week, the album moved nearly 10,000 copies. In 2008, it was Top 100 of the year with a tremendous 72,000 units sold. Even if it ultimately slowed down, the total tally has now reached 1 million units.