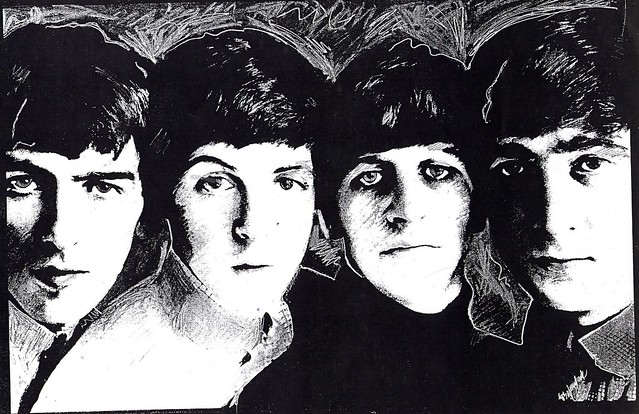 Yes, even the Beatles had some dark years. From Love Songs drop out in early 1978 to mid-1993, there isn’t a single of their albums which featured into France rankings.

There is some reasons to explain this hole. Do you remember those singles during the 90s with a delayed physical release compared to the radio launch date to build the interest and create a huge first week? EMI always worked out Beatles catalog that way, but rather than over a few weeks period, they did so over 5 to 10 years spans. During those years, they remain rather quiet, letting the public cherry pick one album or an other at very expensive prices. Then suddenly, they create hype. They did so with Red and Blue albums, with CD releases, with One compilation, with iTunes availability, with 2009 remasters and recently with streaming availability. In-between, little to nothing happened.

As a large part of consumers picked at least one of their compilation from 1973 to 1978, the demand was pretty much fulfilled. This situation got more dramatic with the market slowing from its 1978 peak of 93 million albums sold to 1986-1986 years with barely more than 50 million.

A third reason is the focus EMI has set in developing the Beatles brand in emerging countries during those years. The 80s saw them release the group first official albums in Russia, promote extensively CD releases of their albums in South Africa and exploit strongly booming markets in Asia and Latin America.

A fourth explanation of the lower than usual catalog sales is the slowness of the LP to CD transition in France. Jacques Brel compilation 15 Ans D’Amour in late 1988 was the first album to break that market in the country with strongly reduced prices. The problem is that all CD releases that met great results elsewhere came in 1986/1987 when that market segment was still irrelevant in France. Of course, uncharted doesn’t mean no sales at all especially with the explosion of the market in early 90s so below are their estimated results up to 1992.