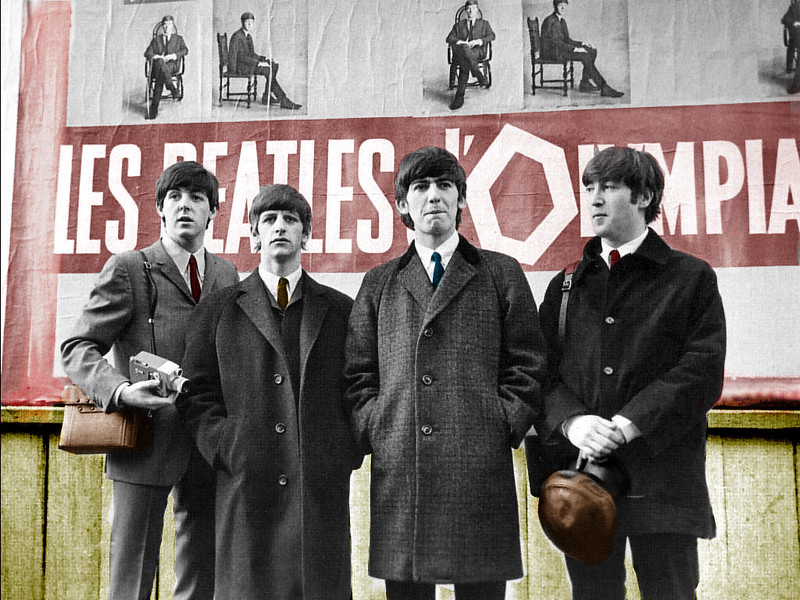 France = Finland. Well, I’m quite sure people from both countries won’t agree. In terms of album sales though, French market in 1967, when the Beatles dropped their blockbuster Sgt Pepper’s Lonely Hearts Club Band, stood at 11 million albums shipped, the same figure reached in Finland in 1998. After decades of sales, a mere nine international albums ever sold 100,000 units or more there, the likes Thriller by Michael Jackson, Greatest Hits 2 by Queen, Brothers In Arms by Dire Straits or Gold by ABBA. If you add to that how much France focus on local repertoire – 71% of the market in 1973, against 32% in Germany – you end up with an awful sales background.

The Beatles were definitely strongly popular. During the entire decade, their singles kept hitting the Top 10, just like their albums. Although charts were not official at the time, the 230 weeks combined by their hits into the Singles Top 10 ranking from 1964 to 1970 is very telling. In fact, the market was largely dominated by singles, with more than five million of them sold by the band in France.

Their album sales were much lower, always caped by the market environment. In early 60s, less than 5 million albums were sold per year, making their LPs sell under 30,000 units a piece. As mentioned, in 1967 the market was up to 11 million, which enabled Sgt Pepper’s Lonely Hearts Club Band to move close to 50,000 units while reaching the Top 5 at #4. Such a peak for such an album may look truly awful but the dominance of local talents was mind-blowing.

In 1968, their cult White Album climbed to #3 in December 1968/January 1969 bi-monthly chart. The market was booming at 18 million albums sold during 1969, a 64% increase compared to two years earlier. With four months charted inside the Top 10, the White Album sold an estimated 80,000 units during its first year. A couple of months after this last album was released the Yellow Submarine Soundtrack, struggling at a #11 peak during a weak period, shipping only 10,000 units.

Then came Abbey Road. A #2 album, it remaining 1969 complete fourth quarter inside the Top 3. Arguably the Beatles largest selling album up to that point, it sold an estimated 140,000 units within’ 12 months, five of which inside the Top 10.

In 1970 the market had increased to 22 million albums sold, which facilitated the way of Let It Be. Debuting and peaking at #5 in its first monthly chart, it remained two months Top 10. Clearly weaker than its predecessors, Let It Be nevertheless moved some 70,000 units thanks to the more favorable context.

With more and more record players being sold, the catalog of the band started to capitalize on their popularity to register strong catalog sales. Despite the limited information available, below is the most realistic state of their album sales by the end of 1972.