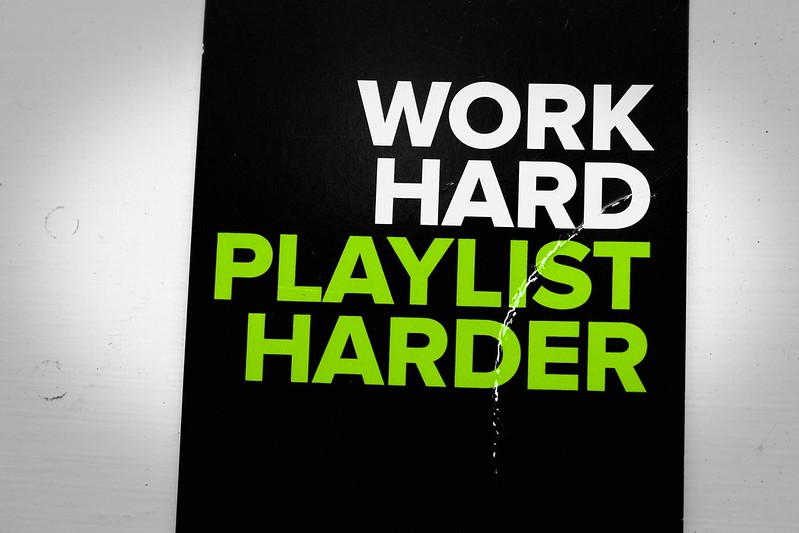 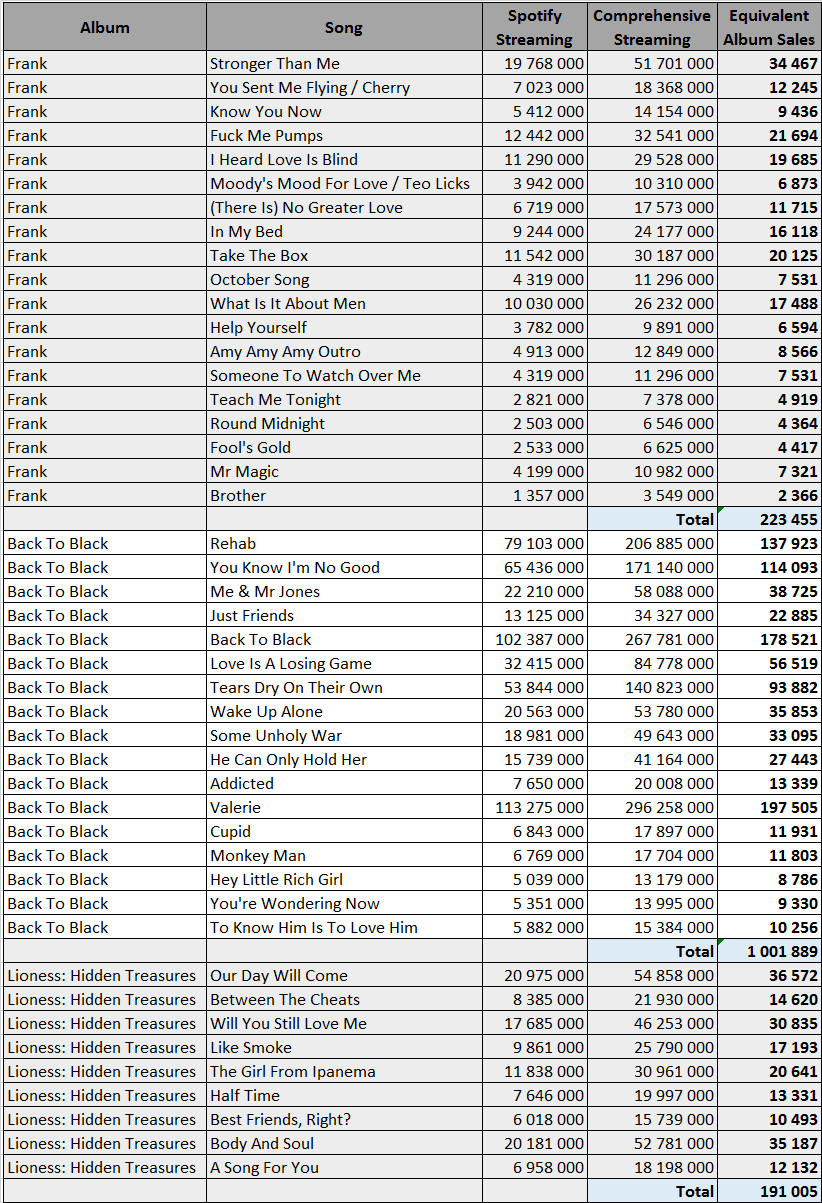 Unsurprisingly, Back To Black occupies the large majority of Amy Winehouse‘s streaming air time. Just put it this way – only the biggest song of Frank tops the weakest album track of Back To Black‘s original track list.

The latter album is incredibly consistent, as while no song is higher than 113 million streams, which is still a superb result, no original song is lower than 13 million. Added tracks to the deluxe edition all break the 5 million criteria too. The equivalent album sales of this record crosses the million barrier. In spite of this, it may come as a surprise to notice this figure is lower than albums like Coldplay‘s Mylo Xyloto, Eminem‘s The Eminem Show, or Lady Gaga‘s The Fame.