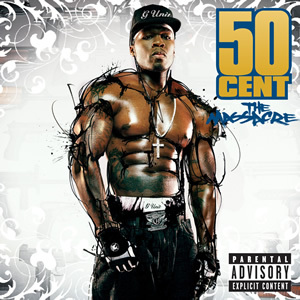 2005 was truly a year busy with blockbusters that almost made it to the 10 million mark but never completed the mark. There are still several albums which did it (Nickelback‘s All The Right Reasons, Coldplay‘s X&Y, Black Eyed Peas‘ Monkey Business and Eminem‘s Curtain Call) but not the last three studied here.

The Massacre has been commercially pretty similar to  the Mariah Carey album above. Both albums were released in early 2005 selling the bulk of their copies inside that calendar year. Both sold similar amounts for the year in the US (4,97 million to 4,85 million with the lead  in favour of Mariah Carey) and Worldwide (7,7 million to 7,5 million again in Mariah Carey’s favour).

Unlike The Emancipation Of Mimi, The Massacre was dead in early 2006 having already fallen out of the Top 100. It means the album had fewer unsold copies out of its 2005 shipment, but also that it sold less. In fact, it added only 520,000 copies to its Soundscan tally from the start of 2006 to date. The album had a bit more longevity outside the US thanks to the rapper’s worldwide tour, which explains why it adds 1,1 million copies shipped despite the relatively low US figure. All in all, it remains nowhere near the 13 million figure that is widely reported in every news piece about the artist.