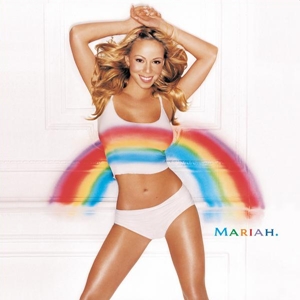 Despite failing to recover the consistency of her Music Box era that had several sizeable hits, Mariah Carey was still able to drop one smash per album by the end of the 90s.

For Rainbow, that smash was the lead single Heartbreaker. All over airwaves during the last two months of 1999 this song was one of the artist biggest hit with a #4 peak and 12 weeks Top 10. More importantly, it boosted Rainbow insanely well during all holiday period. Hitting #1 on its first full week, the set never dropped below #7 for the year after its November release. To display how impressive this performance is for an international release, this was by far the highest charted English-speaking album every week of 1999 after its release.

With more than 300,000 sales already, the album was on its way for huge final results. Thank God I Found You was a weak second single yet, concluding on the album collapse from #7 to out of the Top 75 within’ three months when it was supposed to help. Third extract from the record Against All Odds was much better received (#18 peak), sending Rainbow back up to #22. By the end of 2000, this album was up to 460,000 units, easily the artist best showing outside her Music Box / Daydream years.

On one more major audit a few months later, Emotions crossed Gold status at 100,000 units. Considering how close it has ever been to Mariah Carey, this album too was nearing this plateau, although it was obviously not reached.